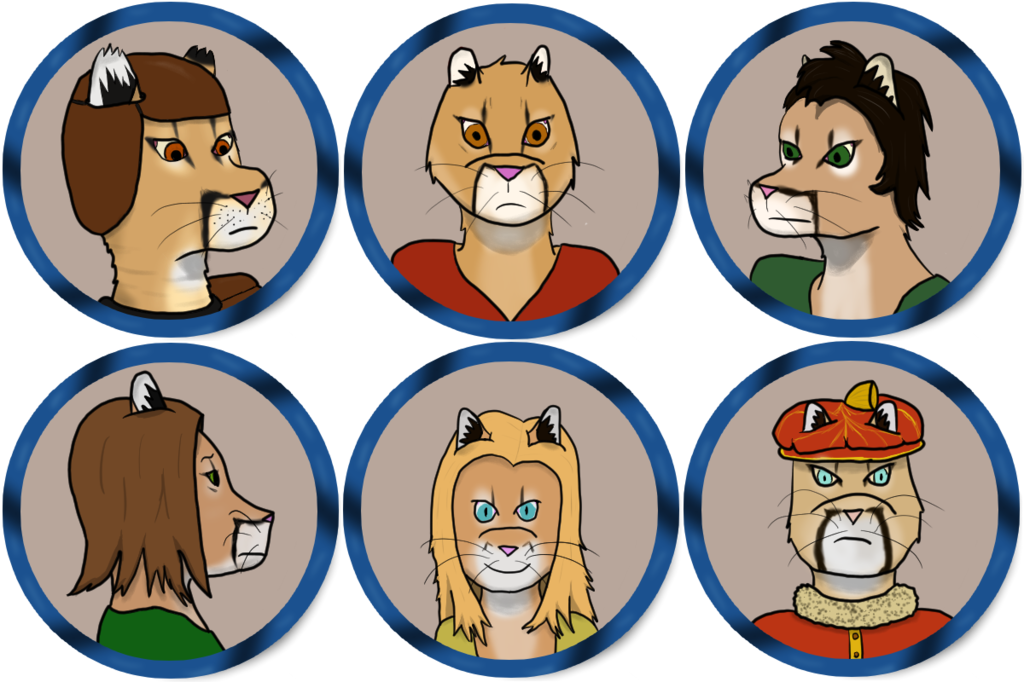 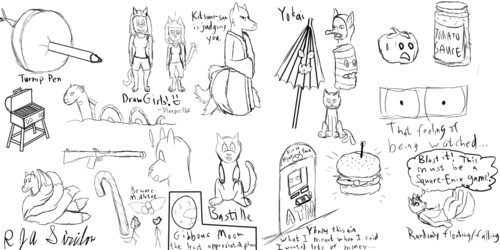 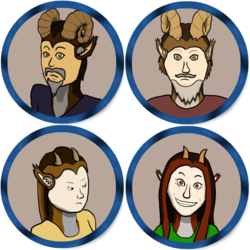 Just so I don't seem completely dead here on Weasyl, I'm sharing the tokens I've been working on for a Pathfinder game! These are all Carinth, which in my game are the cougar subrace of catfolk. Yes, the name Carinth comes from Carinthia, a real-life province of Austria, which was a subtle way of alluding to Alpine culture (basically their nation is furry Switzerland :P ). Included are a group of tokens I made to populate a town, including a guard, two male peasants, two female peasants, and a lord (whom as I write this I realize has a lopsided face... must have a toothache.)

All designs included are owned by me. You have permission to use them for games. You cannot however post them anywhere or otherwise claim my work as your own. I have no idea why you even would, they're not particularly well drawn and there are much better rpg tokens out there than mine. But I included the disclaimer anyways!