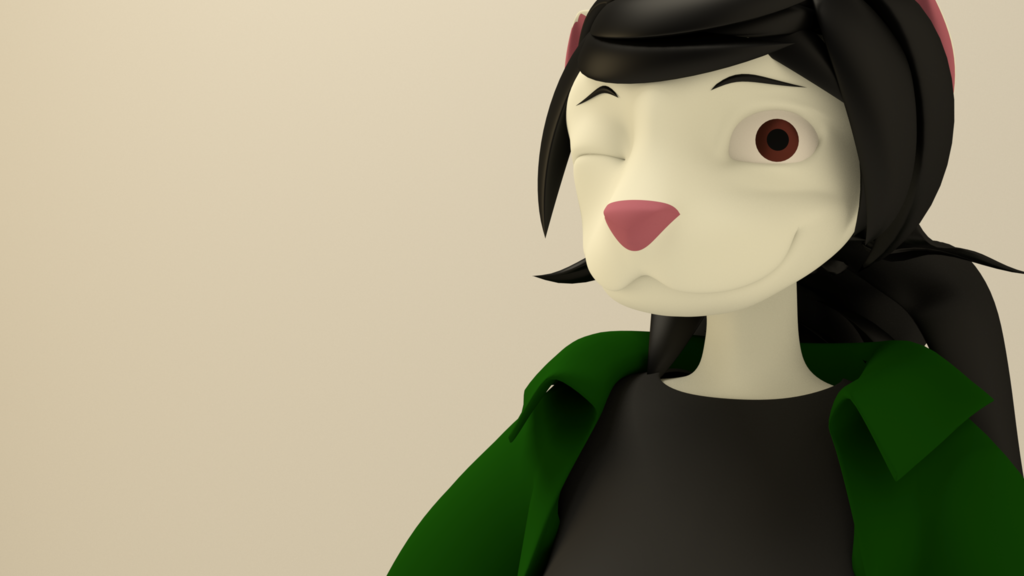 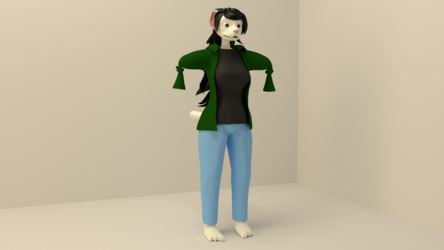 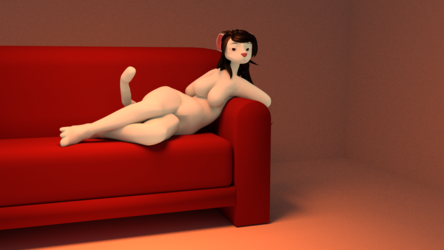 This was after I rigged the face. It's a lot less arcane than I would have thought! Not like rigging the body, which is just... bleh. Difficult. So much can go wrong. A lot of stuff can go wrong when doing the face too, but once you're aware of it, it's easy to avoid.

I noticed that the default ratio for Blender's camera is 16:9, so I made this with the idention of using it as a desktop background! It looks pretty alright, though since I've been using the same one for so long, it feels kind of unusual to have a new one.

Kinda plain, but I think it works as a background. I might make some more that are less plain once I make some background objects.