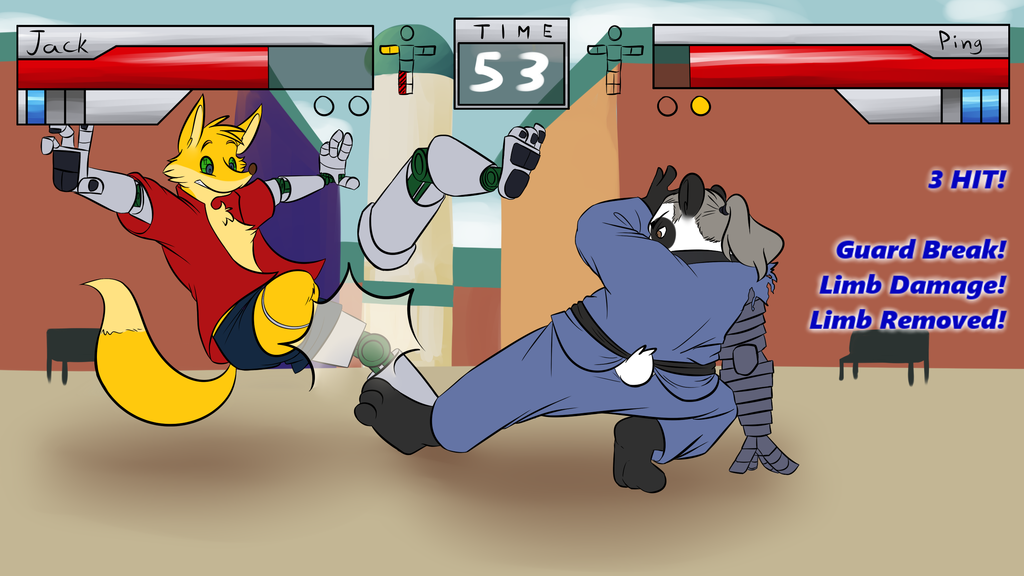 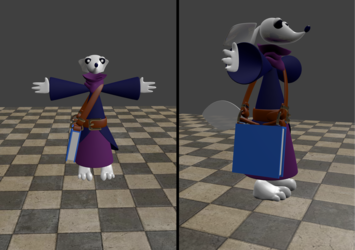 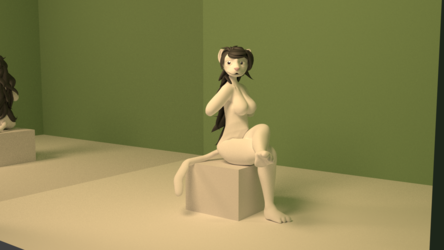 I've had this idea in mind for a while now, and so I drew it over just two days.

Basically, a fighting game where characters can lose limbs in the middle of a fight, while not necessarily being down and out. I didn't really want it to be gorey, though, so I went with cybernetics instead!

Have some fluff that I came up with for the characters 'cause why not.

Jack
-22 years old
-175 lbs. (130 unmodded)
-Modded arms, legs and eyes
Jack used to be a "limb model", showing off various parts in catalogs and fashion shows for a cybernetics company. Inexplicably, however, he left his glamorous life to instead begin a career in the fighting ring. His limb ports have a relatively weak grip, allowing them to be removed easily; a useful feature for a model, but somewhat of a hindrance for a fighter. At least, he makes up for it with his speed.

Ping
-30 years old
-288 lbs. (266 unmodded)
-Modded right arm
Ping was brought up in a strict monastery where he learned to fight. Despite all his training, when he got into his first fight in the city, he was unable to keep up with his opponent's cybernetic enhancements. To balance the scales, he had his right arm replaced with a heavy cybernetic enhancement. He has been on a winning streak ever since; between his martial arts training and powerful cybernetic arm, few have been able to match his fighting prowess.