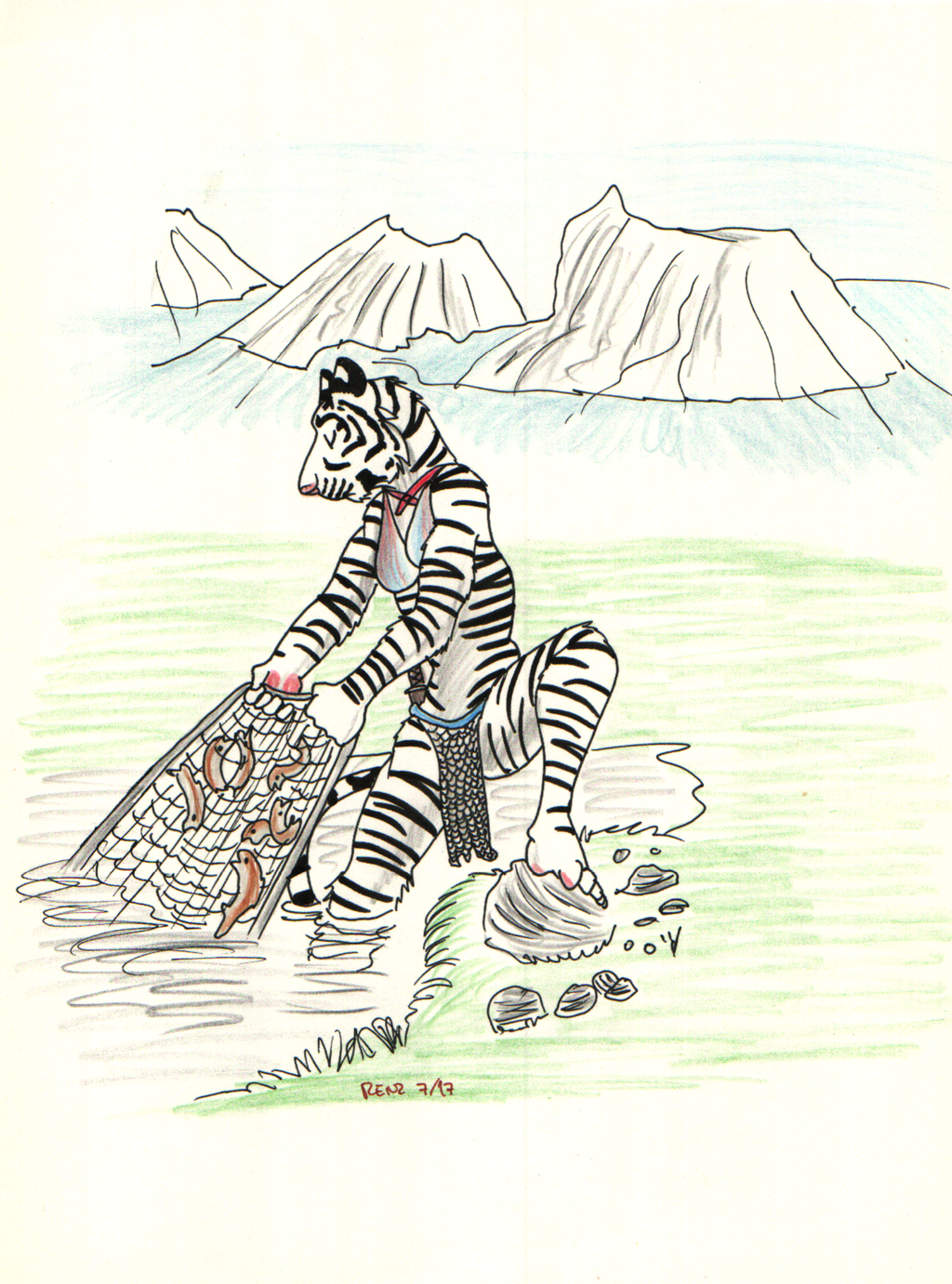 Folder:
The Church ( of the Mother ) « Older 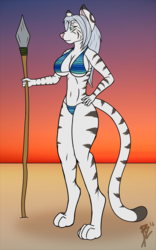 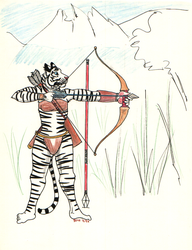 Made for me by http://www.furaffinity.net/user/anbessa .

This is a white tigress worker of the church. The workers are by sheer numbers the greatest part of the churchs society.
They mostly work as fishermen - rather -women - in the various caverns of the mountainranges that are connected to the ocean.
Or those caverns with lakes and rivers in which crustaceans and fish live.

As there are volcanic vents hidden away in the mountains, some of these waters are warm enough to support even tropical fish. The lack of sunlight is partially compensated by the large amounts of nutrients and plankton washed in from the ocean.

Workers are not permitted to own or carry weapons, why they rely upon the huntresses to protect them from poisonous animals in the water and the caverns. Bioluminescent bacteria and mosses provide enough light for the workers to do their daily chores to feed the pitiful survivors of the white tigers race.
The workers seldomly see the sunlight. And work in the few caverns open to the outside is a privilege handed out sparingly by the priestesses.
The lore and art of the workers is limited to what the church teaches them and permits them.
Deviation from the strict workplans are mercilessly punished,

Workers that work well or show to be very obedient and servile to the priestesses are sometimes granted the biggest gift the church has to offer:
Being allowed to bear cubs.
The workers believe this to be the big secret of the church: How to gift life.