WtV: Rescue from the Wreck by AriesHausdorff 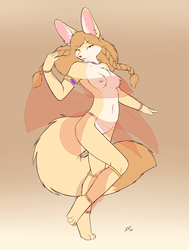 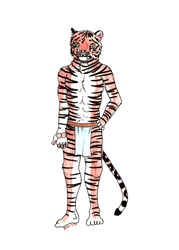 WtV: Rescue from the Wreck

cream.pup made this picture for me. It's an illustration for my book "The Children of Earth".

It is SO FREAKING AWESOME that I couldn't resist uploading it. Otherwise, its an illustration for my book "The Children of Earth"
We see Peter on his mad run through the dunes to escape the raiders. In the background the hazy outlines of the wrecked human shuttle can be seen, one of it's V2/A4 derived boosters prominently in the fore.

The raiders were a bit perplexed about Peters appearance, which is why they needed a moment to decide to hunt him down.
The boy tries to get as fast as possible to the city - which is outside the right side of the picture.

What's missing are the boys travelcase and his microfiche library carry case.