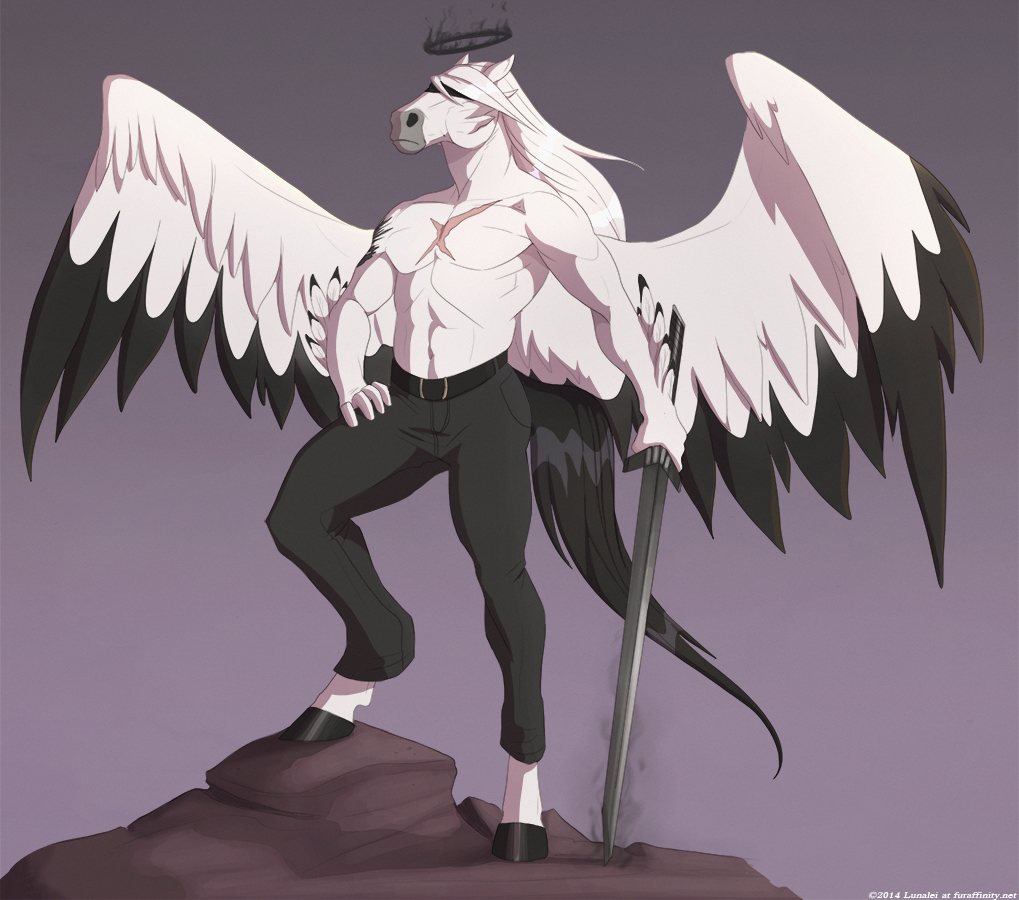 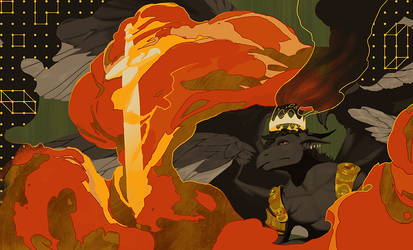 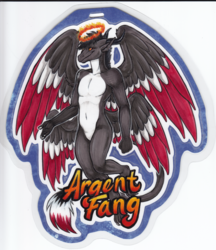 One of the Archangels of God. Commander to one third the host of Heaven's(including Argent). The Light Bearer the most favored by God. And he lost everything in the "War Of Heaven". And if Argent has anything to say, Lucifer will loose his life at the end of Argent's flaming sword.

Since the fallen angels are still considered angels(technically), I didn't see a reason for Lucifer to loose his halo. But now it burns black. Now Lucifer is usually depicted with horns on his head. But I decided to have them located on his cheeks. They look like wings, because I forgot to have Luanlei color them. The sword(which I might name later)emits a black smoke. His blindness and scar were Argents "parting gifts" right before Argent cast himself from Heaven.

Art to the Lovely Fur-Affinity-lunalei