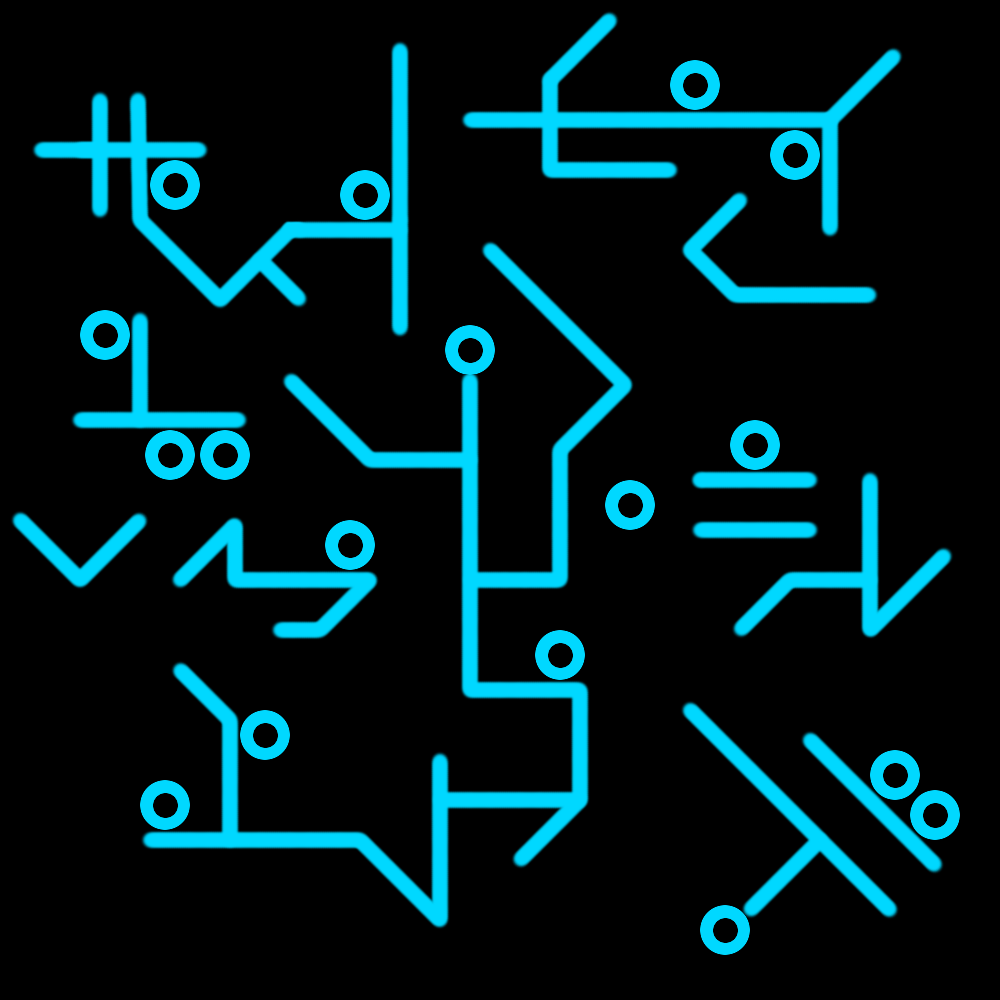 When the Arctacians developed the Tythrans, they developed a language that was unique to them for the purposes of programming and communication. This language called Tythran Code is a sprawling language which starts from a point and then "sprawls" out in various directions. It does not follow a uniform path as some languages tend to. It is a five state language consisting of | - \ / and O as the characters that usually get interlinked with one another in complex ways. Because of this, it's possible to store a lot of data in a graphical pattern.

The Tythrans also utilize this same language when communicating in written fashion and usually do so to preserve large amounts of data that can easily be referenced and interpreted by them. The Tythran Code is the backbone of coding within their Central Operating Reactor Element (CORE), consisting of the 100 omni cubes networked within their body.