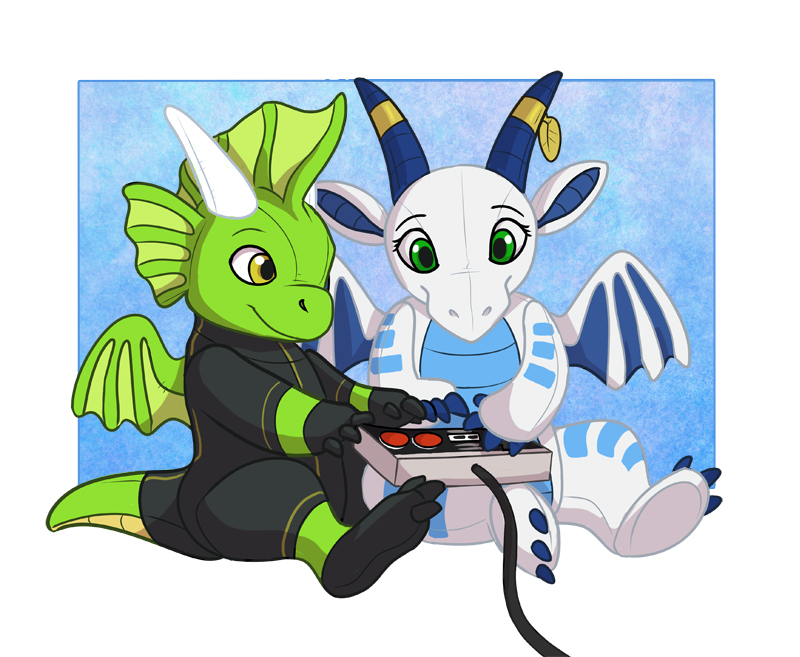 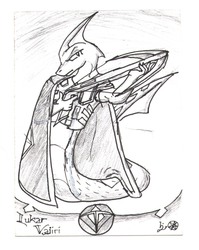 Many who’ve met me at various conventions have undoubtably seen me carrying Plushie Arc around with me (check my gallery for a photo of him). Though he’s based on Arc himself, I really imagine him as being his own separate entity with his own unique personality and attitude. Given that, I’m really not sure why I’ve never gotten art of him until recently. So when the opportunity arose at this year’s Biggest Little Fur Con to share a piece of art with my dear friend Byzil, it seemed like the perfect opportunity to introduce my real-life, 3D alter-ego to the wonderful world of 2D. And what better way to do that than with a classic NES theme! :D

Here we see Plushie Arc and Plushie Byzil working together to play their favorite games. They very much think alike anyway, so it’s sometimes not as complicated as it seems. They know the Konami Code by heart, can run, jump, and shoot their way through Mega Man with ease, and whip their way through Castlevania by…well…doing a lot of whipping! Sadly, not even the powers of green and silver felt working together are enough to master Battletoads. I guess some games are just meant to be impossible until the end of time.

Thank you, LS, for making this happen! The many cavities I’ve received only proves how talented you are in taking the cuteness factor up to 11! :D