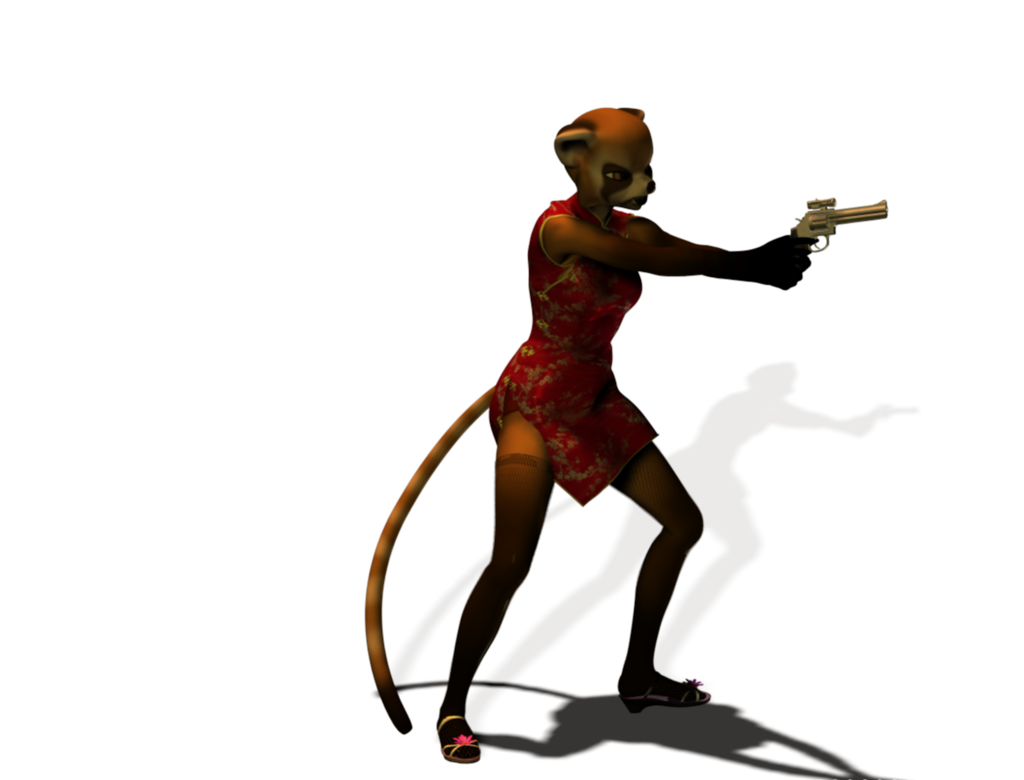 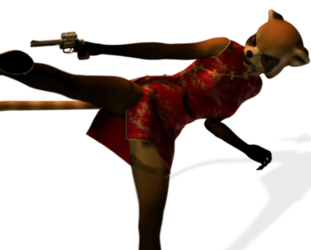 This is a scrap I created to test out a set of 'Furrie' Morphs I purchased for the popular Poser figure Aiko 3. The character doesn't have a great deal of backstory (or any actually). I had the impression of a hitwoman or assassin probably with a nasty demeanor. I expect later on in 'the film' she gets offed by some james bond type, if you get my drift.

**If you happen to see some Poser content that belongs to you but you weren't named thank you also! Quipao Dress and 357 Magnum are also not mine.

***If you want to use this scrap as a roleplaying character reference or what ever go ahead. Just don't sell it or claim it as your own work or what ever...not that I guess it matterse in this instance but it's the principle of the thing.