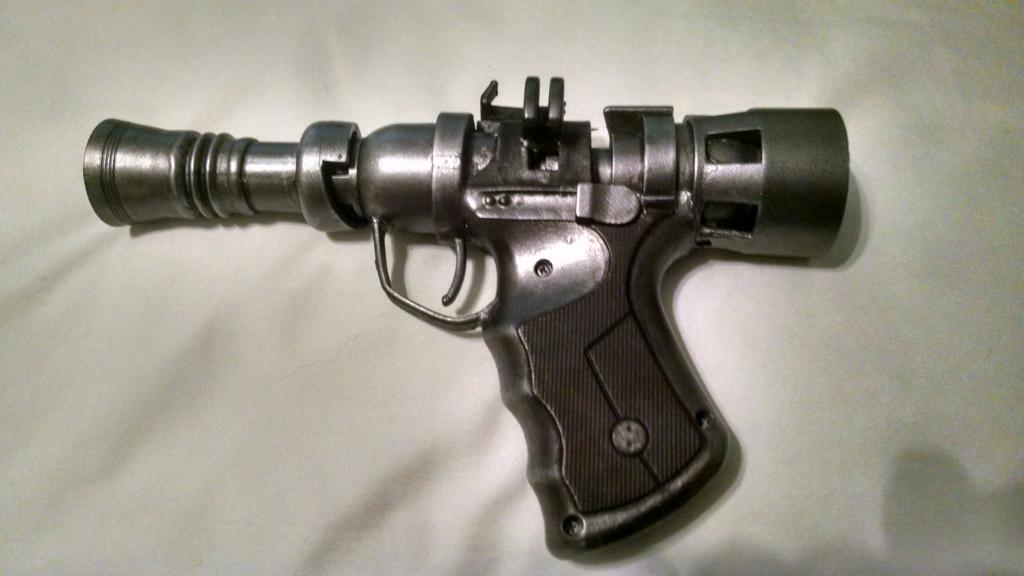 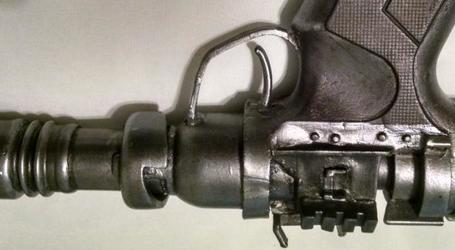 The DF-9 Scout Pistol is an interesting weapon. It's a small energy weapon designed for close-in combat under cover. As it was designed for fighting from under cover it has a compact design with a short muzzle and has a moderate range. Owing to its intended purpose of being used by scouts reconnoitering behind enemy lines it needed a solution to the power-gluttony most energy weapons have due to the fact it couldn't be reliably charged for long periods. Its designers hence came up with a brilliant solution: The DF-9 does not have a power cell at all. Instead, it has a small flux gate which siphons power from the flux of electrons that constantly pop in and out of our dimension. This allows it to siphon just enough power for a shot while charging a small capacitor to start the process over again. This makes it energy independent and heat efficient but limits its range and power.

The DF-9 has the interesting and notorious nickname the 'Ne'er-do-well'. Several units were eventually lost, smuggled, sold off or otherwise spirited away where they managed to wind up in the hands of various fringe players. The small, compact design, freedom from the need for recharging, light weight and general reliability make them ideal weapons of choice for pirates, smugglers, gunrunners, assassins, and a handful of heroes.

The weapon is an older model which like the 344 has been put away pending a repair and upgrad/repaint. The gun is based on the front grip of a nerf gun cut off and modified. All the upper part is assembled from found items. The piece is assembled with screws and glue and its hollow cavities have been filled in with resins making it fairly durable to handle. This is the first unit to have a working trigger; this was a retrofit and was not present in the original build. I have also made it a holster which I am waiting to attach straps to. People whom I've shown this prop have compared it to a Star Wars type weapon.

The name DF-9 is an inside joke. It stands for 'Doesn't Fire', and the 09 indicates that this is the ninth such prop weapon I've made.