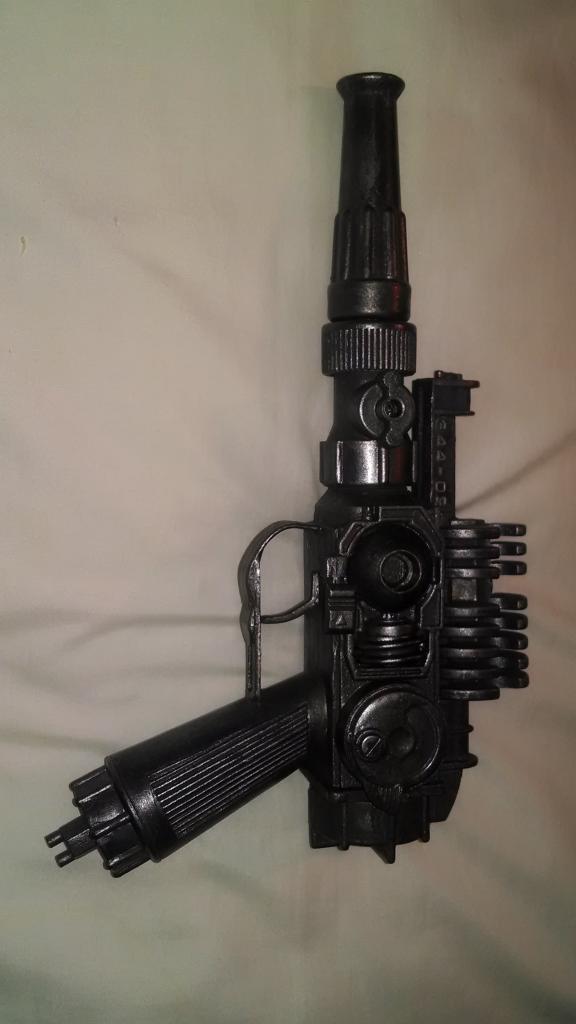 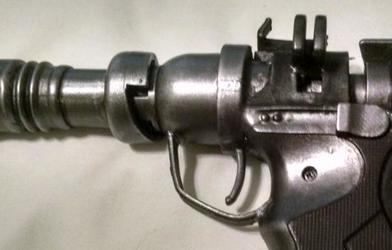 An old 344 Series Plasma Gun. The 344 was designed for use in a war that never happened. The creators of the weapon expected a prolonged ground war with an enemy who never attacked; in fact after a change of their government they ended up entering into negotiations and became allies. Eventually the nation which designed the 344 recouped some of its wartime spending on selling some of the surplus weapons to their former enemies.

This is actually a Revision Two unit; the old original patterns had a problem with their power cells exploding when overcharged or their ignition chambers overheating forcing the guns to shut down. The Revision two eliminated both those problems while
increasing range, power, and energy usage efficiency

This is an older raygun/energy weapon build which has been put into mothball awaiting an upgrade and repaint. It was constructed from a scavenged car wash pistol with added bits attached including nebulizer parts, a piece of a curling iron, a tooth paste tube cap, pieces of plumbing supplies and Christmas light clips cut and shaped. The power adjustment near the rear end was a cap off a Monster can. The large heat sink at the rear was from an old camera tripod.

It does not contain any circuitry and doesn't fire anything or otherwise do anything. It's just for looks.

I've been constructing Rayguns like this for quite a while.