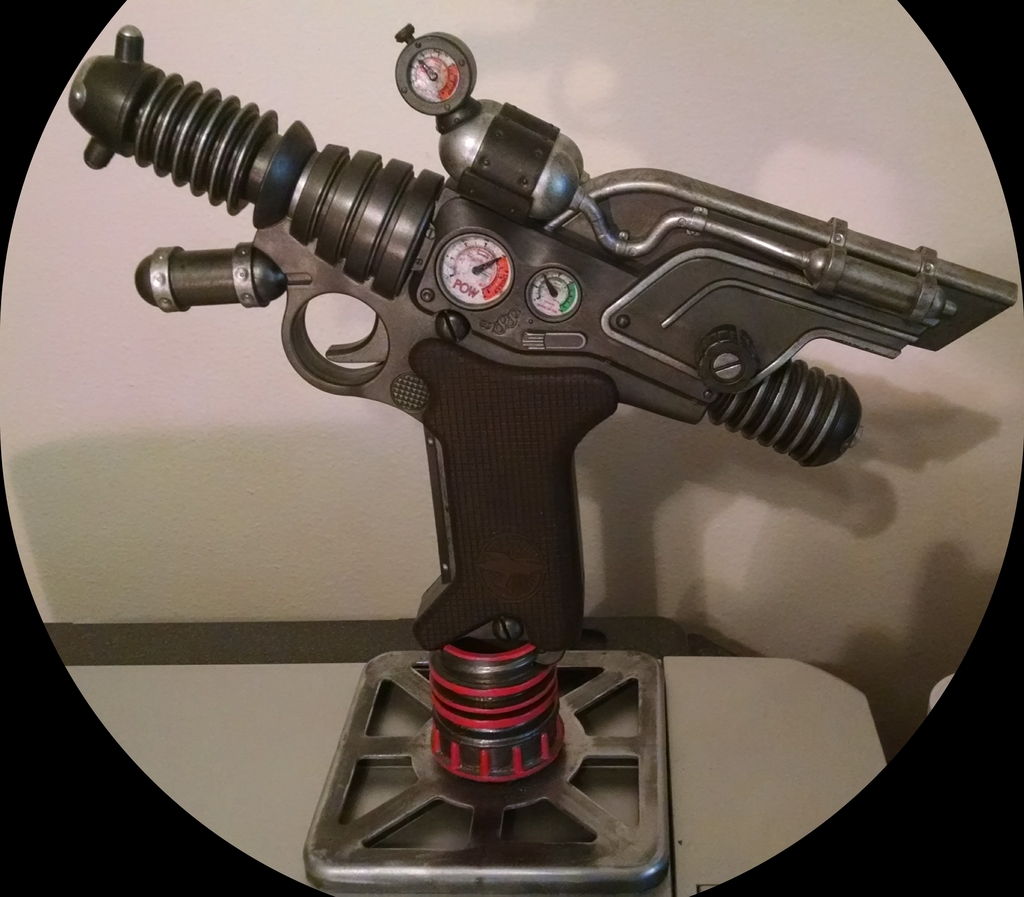 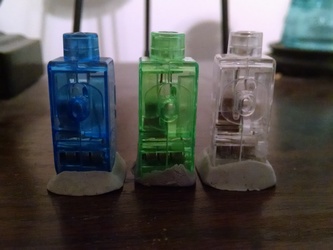 My motto is 'Real Men love rayguns!' And raygunners love Greg Broadmore's line of 'Dr. Grordbort's Infallible Aether Oscillators' From Weta Workshops in New Zealand. This is the special effects and props studio which did the props for the Lord of the Rings trilogy of films, the Hobbit films, District Nine and a good deal more, as well as the unfortunately cancelled Halo film.
Greg Broadmore is an artist and designer with Weta who has created a zany line of fanciful classic styled rayguns and in fact an entire storyline universe to go with them. Mr. Broadmore, should you happen to stumble onto this and read it-PLEASE-LOOK INTO MAKING A FEATURE LENGTH FILM!
The Dr. Grordbort's line of rayguns are mostly high quality limited edition metal, glass and resin creations which come with certificates of authenticity, custom stands and stamped tin collector's cases. At prices ranging from 59t to over 6000 U.S. Dollars these are pieces for the hardcore collector!

The Saboteur is one of a couple of lower end Dr. Grordbort's offerings made entirely of plastic. It's on the more affordable side at about 89 U.S.D less shipping and handling. It looks like a toy and lacks some of the other nice touches offered by the Grordbort's line- no custom stand, no collector tin, no papers. But it's still drowning in Broadmore's zany and fanciful awesomeness! It even has a working trigger!
The one problem I had with the Saboteur is that it doesn't stand up very well without some kind of stand. You can balance it on the end of its butt on a good level surface but a good shout'll knock it over. For a while the Dr. Grordbort's line included a nice run of universal gun stands crafted from metal but by the time I got mine they were long since sold out. No problem- out to the workbench for a solution!

My custom stand is crafted very simply and entirely out of items scavenged from my kitchen job. The lower part is simply a painted spindle from a box of food service foil. A pair of them would hold the roll securely in the box. The upper part is made from two discarded parts of juice machines glued together and notched to fit the butt of the gun. The whole assembly was painted using a combination of silver Rub 'n Buff and acrylic craft paints to match the finish on the pistol. The orange accent matches the coloration of the larger guages. The result is nowhere near as nice as the Weta stands but it suffices and cost me nearly nothing to make. I may very well produce a more detailed stand later.