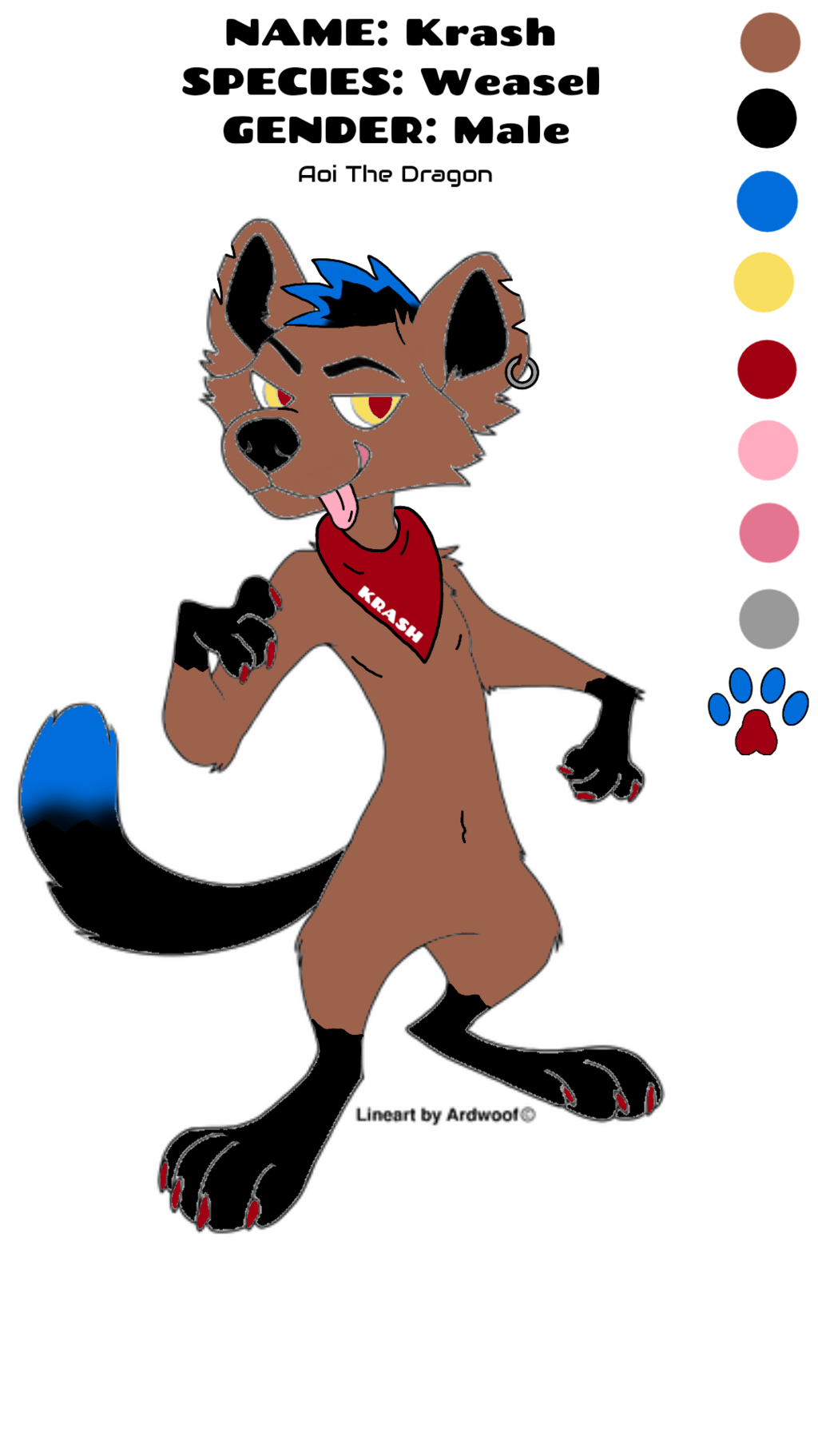 I was originally gonna make this little guy an adoptable on Furry Amino, but...I quickly grew attached to him and couldn't let him go. I really love badass, cool, and tough characters and that's exactly what Krash is. The way I created him made me grow attached quickly. His badass looks is what made me love this little guy so I decided to have him as another fursona. Krash is a comfort character for me. There is a video game character from one of my all time favorite games called Whiplash and he's a weasel too. Just a little fun fact, heh heh. Krash is overall a troublesome little punk who likes looking for adventure and...trouble. One of his favorite things is finding bad guys/criminals and taking 'em down. He is very justice seeking so don't let his "punky troublemaker" looks fool you. Krash is a good guy and despite the fact he's a tough little badass on the outside, he does have a bit of a friendly and soft side deep down on the inside.

Base by ardwoof on DeviantArt. Some things were not part of the base such as Krash's mohawk, earring, and bandana. Those were added by me.