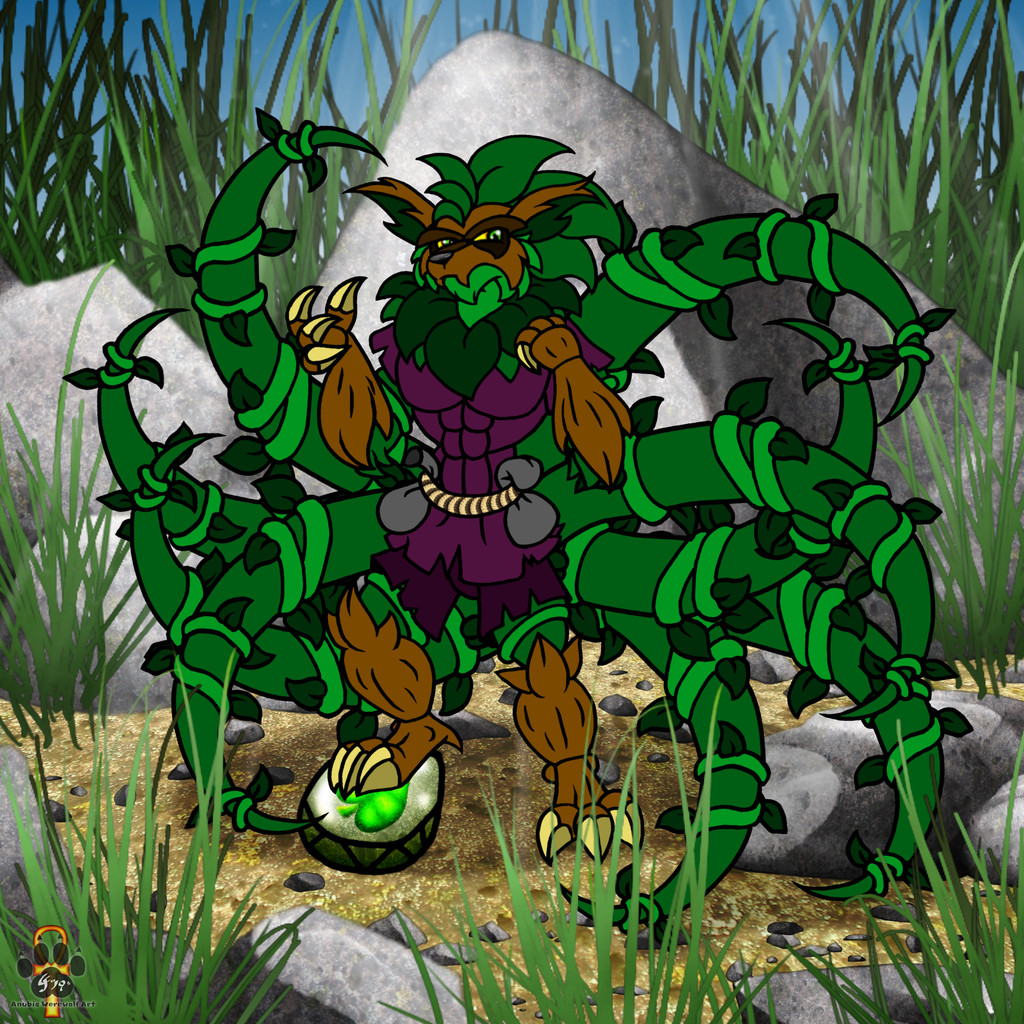 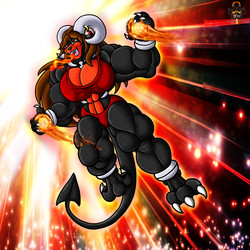 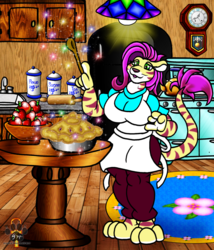 Bramble is a Grass type Ninetales or Vinetales as I've referred to him as, I have been thinking about for a long time now.

He is my first micro character, being only a foot tall.
He has a bit of a temper and a short fuse. He will gladly take on opponents much bigger than himself, unleashing a barrage of grass based attacks.

He carries with him a couple bags of assorted seeds that he will make grow when needed. ie. vines to reach high places, rose thorns for defense etc. He keeps his "claws" sharpened to a fine point in order to cause the most amount of damage. Never underestimate the power of a well sharpened stick. ;-)

Among his many Grass attacks he can deploy a version of the Leech Seed and temporarily steal some muscle and size from his opponents if he needs to. The more seeds he can hit them with, the bigger he can make himself when needed. The effects will wear off in time for both himself and his victim, depending on how much was taken.

Bramble , despite his size, can be a powerful ally as long as you don't tick him off.