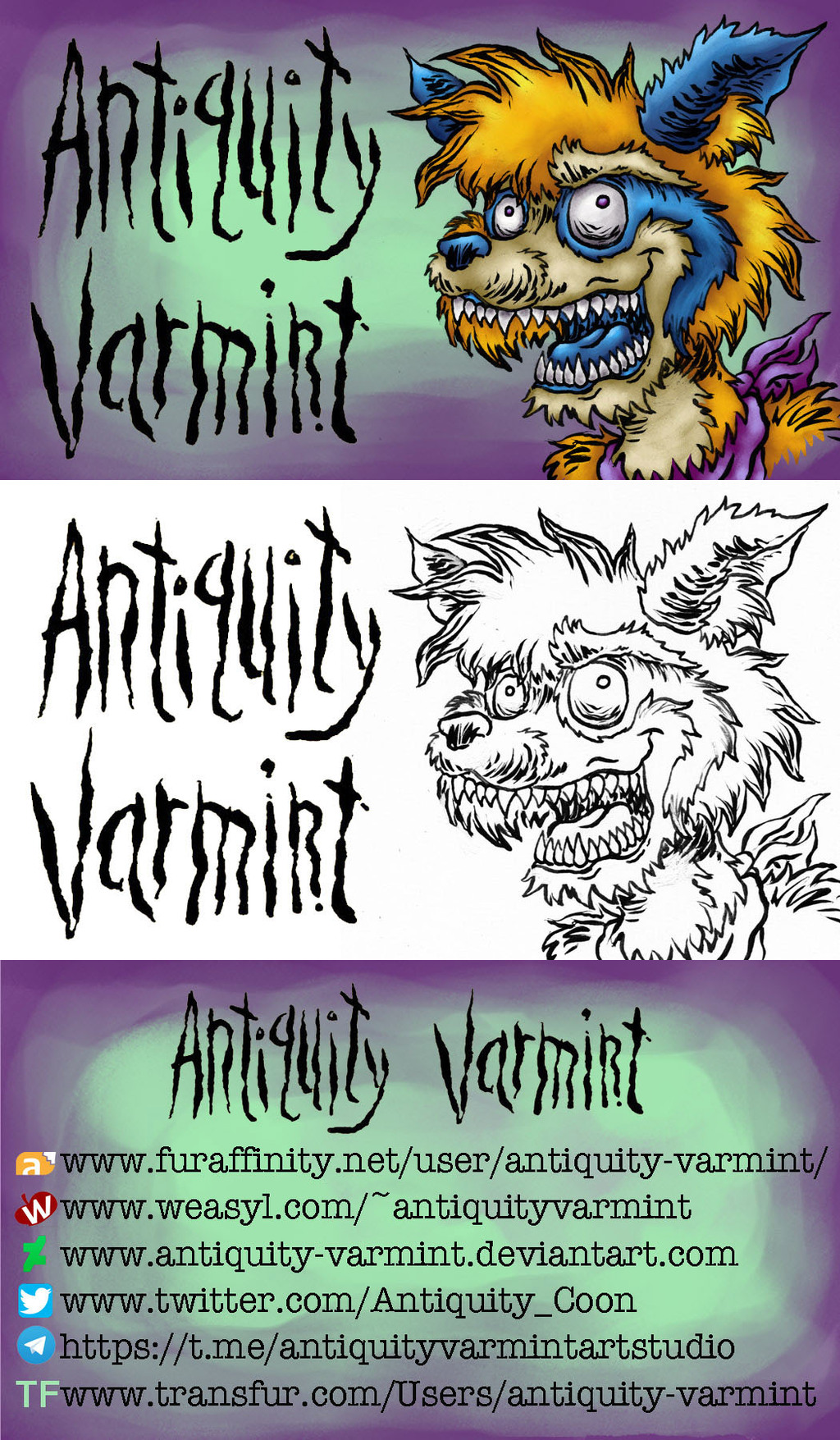 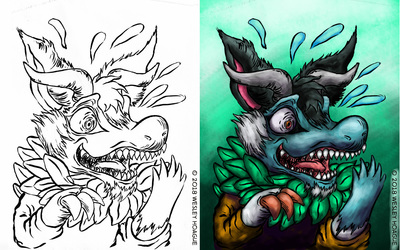 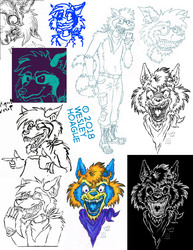 This very unique unintentional scary looking psycho card was created in the year 2017 and was used for Midwest Furfest and Fursquared. But sadly I finally decided to start retiring those scary looking psycho cards today this year. I strongly believe the horror/psycho look of the card might be too much for the casual furries to deal with and not too welcoming looking. I used to make jokes on how twisted I do look on the card, like hi I'm Antiquity and I never get enough sleep at all. xD I would say about 100 or 150 cards was made, and they're very insanely rare. I couldn't risk handing them out too much as they were so limited to use. If you do have this card from me, all I can say is yay you're awesome! You're the proud owner of the super ultra rare scary psycho card xD

But yeah, even the card was created during worst times of my life. The scary psycho look was accident, and it was totally unintentional at the time. But The looks is 100% accurate on how I was feeling during the 2016-2017 years. This Gives birth to the unintentional psycho Antiquity looks on the card. It wasn't done on purpose, and that's also why I'm retiring them too.