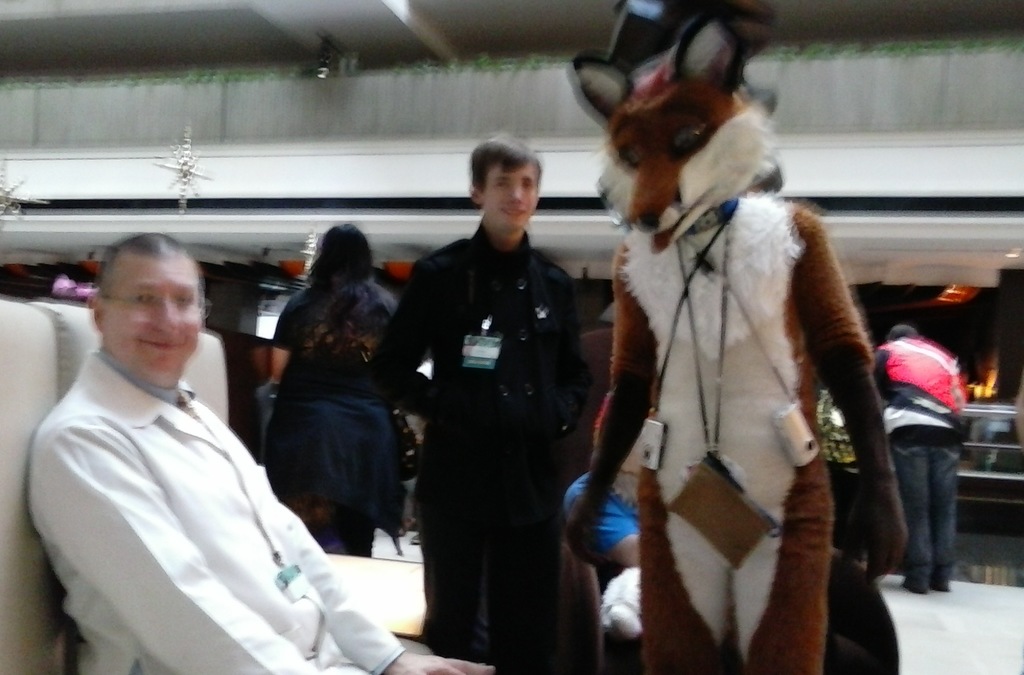 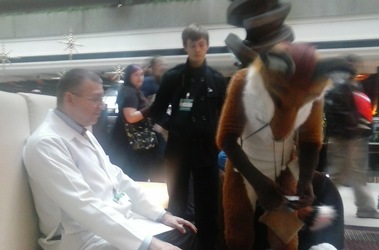 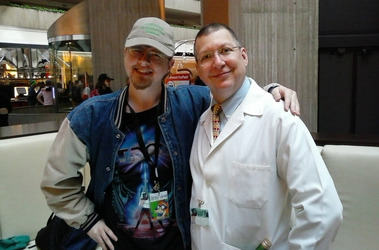 crazyjoe1952 and Uncle Kage (Samual Conway) Kagemushi at the MFF.

In this second photo that I took, I realized they thought I was trying to take photos of them. I was kind of oh I was actually testing it out, I didn't want to be rude at the time about it. I have to admitted I did found it funny watching Crazy Joe trying to get his camera ready while wearing fursuit to have his photo taken with Uncle Kage himself. Kage actually have to helped Crazy Joe to get his camera ready for the photo shoot.

After he have his photo taken with uncle Kage. I realized my parts of me got into the photo that he posted online. (only my coat and my shoe can be seen) with the dark blue backpack hidden behind Uncle Kage! It can be found here. https://www.furaffinity.net/view/18486969/

I must admitted it's not one of the best pictures due to little bit of blurriness from the MFF.