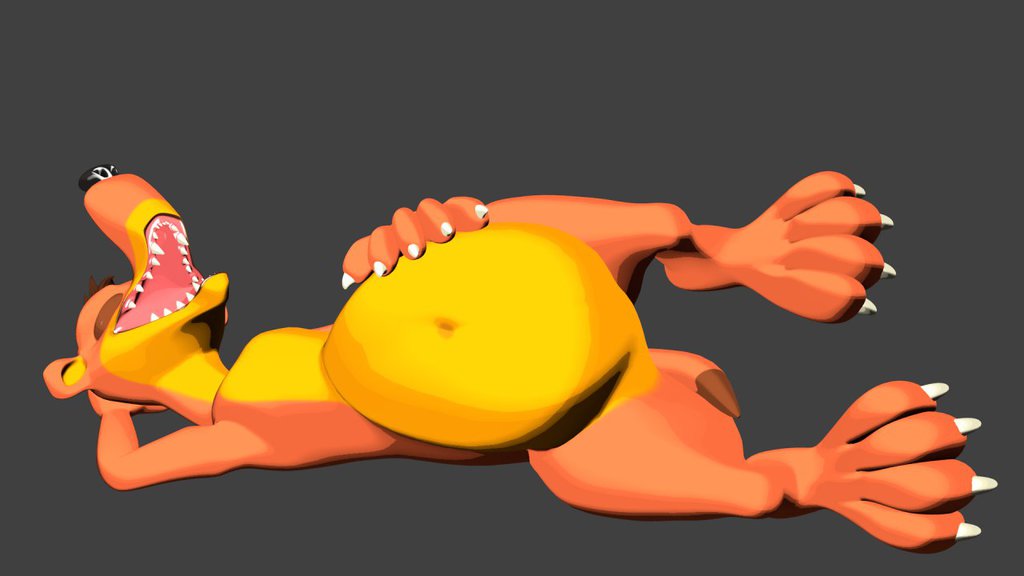 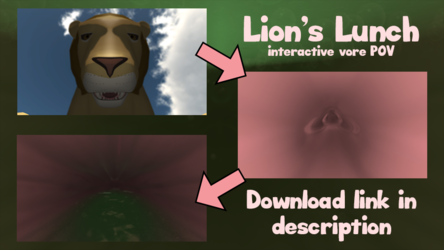 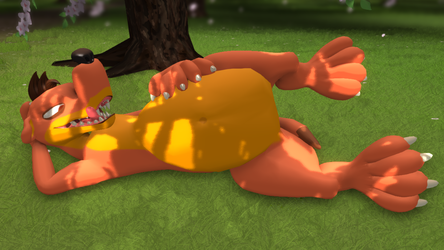 You can fav this one, now! Since I kept uploading and deleting shots of this animation I'm making for streaming notifications, I thought I'd leave you with a screencap of the animation to hold you over until it's done! This is a character I've been planning to design for a while now, hopefully for a new fursuit. For some reason, I figured the way to go about designing him was to go straight into modeling and animating him.

Anyway, here he is! He seems pretty stuffed. He probably just ate a lot of peaches. Squirmy, squirmy peaches.

The animation I'm working on, for now, is just Byron stuffed full of some poor somebody, messing with his gut as they squirm around in it. I'm not going to animate him eating anyone yet because I don't have any satisfactory models for him to eat and they do take quite a bit of time to make. I'm considering doing an auction and having him eat the highest bidder. Would anybody be interested in something like that? It should end up cheaper then an animation commission, but I would retain artistic freedom for the animation and, of course, the character would be modeled in a toony style. If people aren't too interested, I'll probably have him eat a squirrel or rabbit or something.