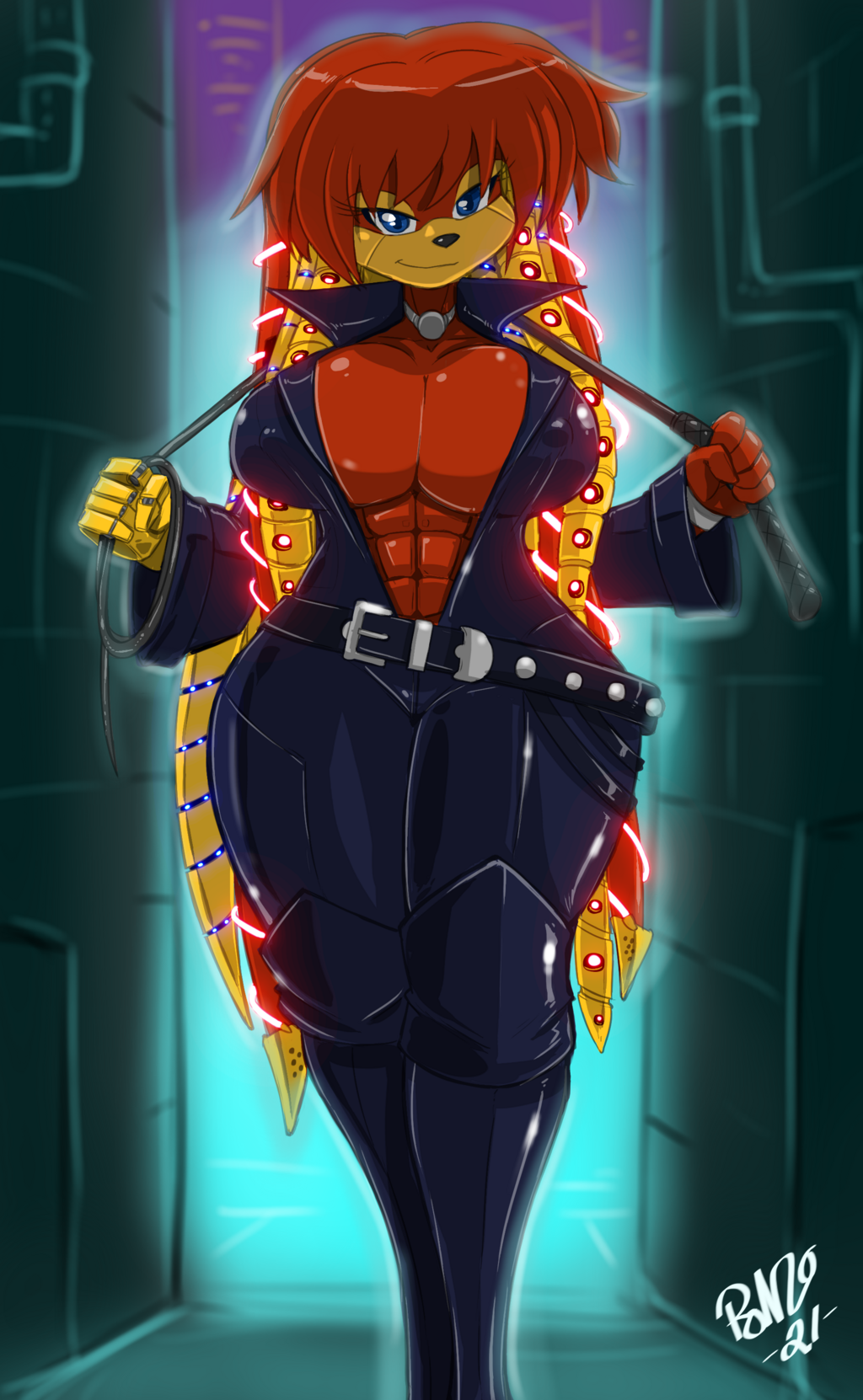 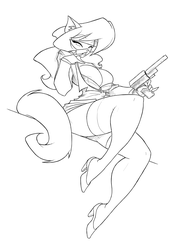 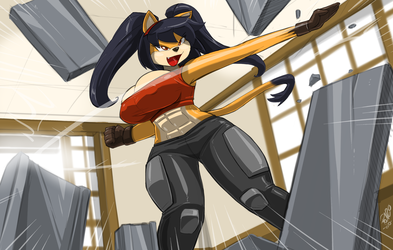 Commission drawn for me by :iconshonuff44:

Lien-da is one of the hotties of Sonic the hedgehog, the Archie line anyway.
Apparently the reason there was a reboot at all is because the maker of the echidnas (Besides Knuckles himself) took his creations
elsewhere and.....was not so successful.
So that was a wasted reboot, then we got that awesome Sonic vs Megaman crossover which led to another reboot, then another
bigger crossover (That I maintain wasn't big enough!) and ANOTHER reboot.
And then Archie line Sonic just ended! >:O
I guess I can consider my collection complete by default.
IDW seems to be doing a well enough job with their own story line it seems.

Long way to say Rouge the bat wasn't the only rule 34 gold mine, Lien-da is one too. X3

Speaking of gold, the reason why her bionics are that color is inspired by Kintsugi, also known as kintsukuroi, this is the Japanese art of repairing broken pottery by mending the areas of breakage with lacquer dusted or mixed with powdered gold, silver, or platinum, a method similar to the maki-e technique.
The idea behind it is that if you have a broken ceramic cup, you don't toss it, rather you put it back together because the damage is apart of the items story.
This can also be an allegory for a broken heart as well.
And that's what Lien-Da was, a broken character who was put back together. (And by broken I mean exploded.....but she got better.), and shes inversed from Bunnie. Both
are cyborgs in different styles. Bunnie is internal while Line-da is external. Think of the gold sheen over her face as armor she can spread across her body..
I wanted her to have that Cyberpunk 2077 and sho delivered.