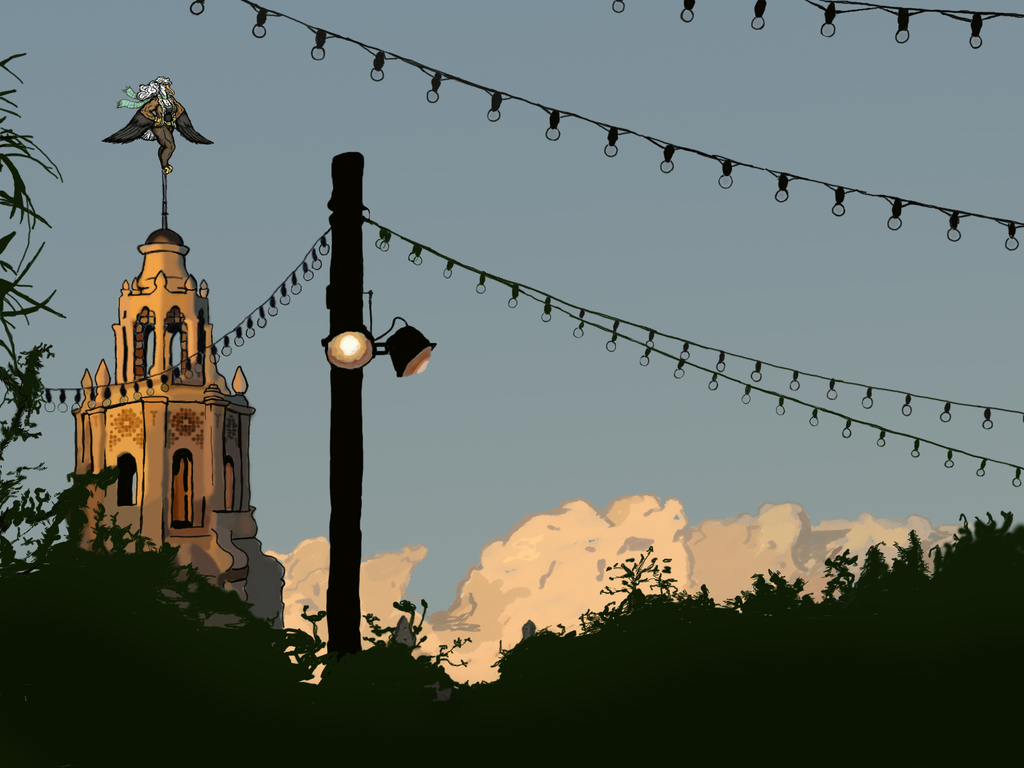 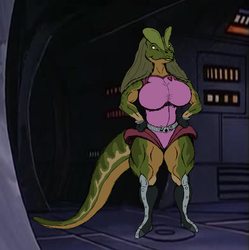 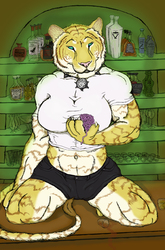 My albatross superheroine/stuntwoman character, Isabel "Pratfall" Cruz, posing on top of the Carthay Circle Theatre in Disney California Adventure, as seen from near Cars Land. Based on a photo I took at the park. I thought it would make a good backdrop for Hollywood-based, 1920's/30's-loving Pratfall, I wanted to try doing a pic where my character was seen from a distance instead of taking up 90% of the frame. I've uploaded a larger version of the pic than I usually do so hopefully you can see her back there on Full View.