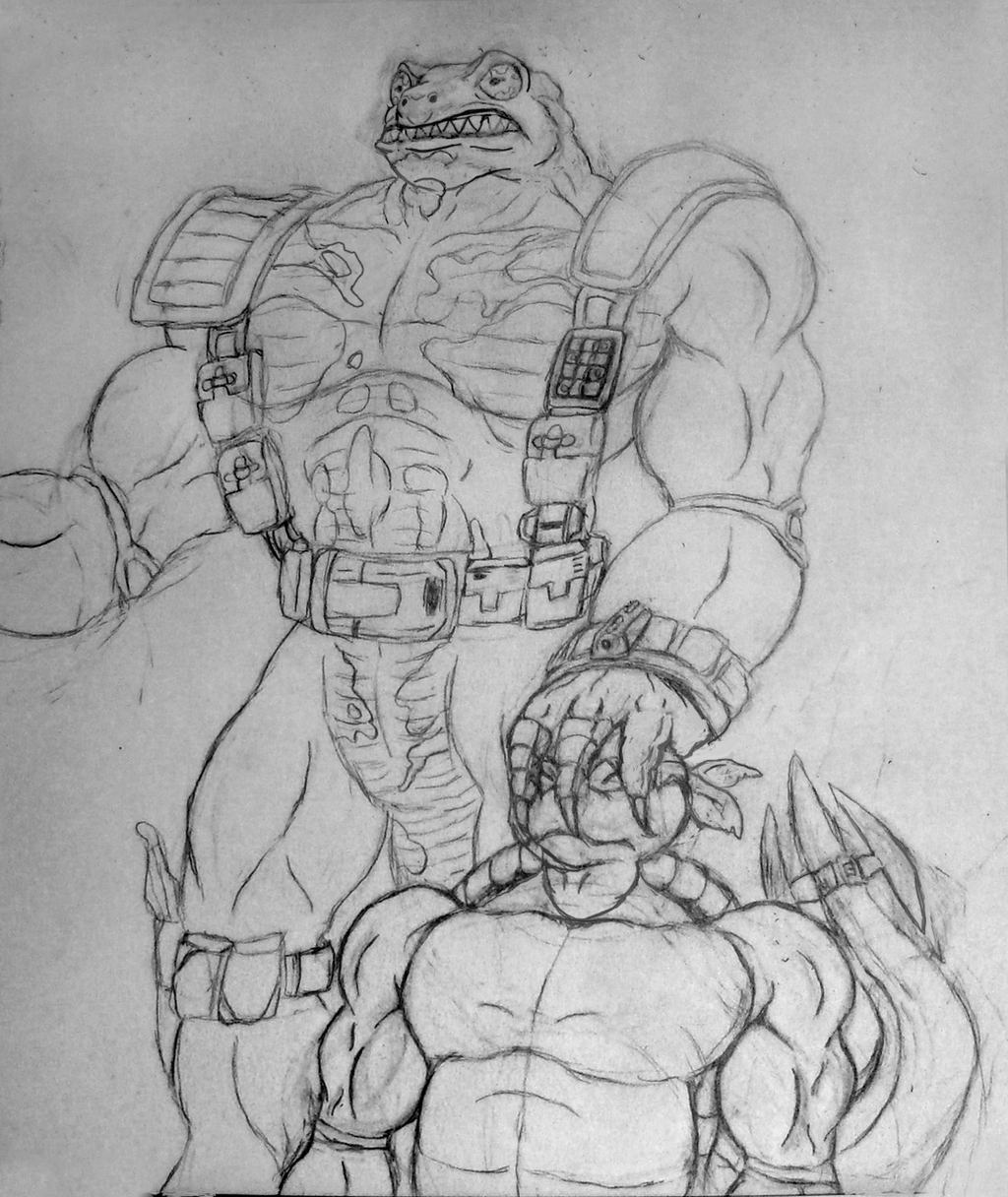 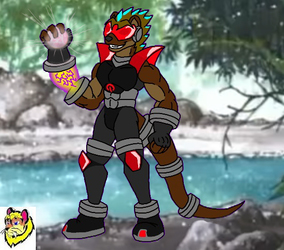 A pencil sketch of Newtralizer from the current Teenage Mutant Ninja Turtles TV series, holding up one of the Turtles by his head. I went more for the 80s design on the Turtle, so it's hard to tell them apart without color, but I think I've settled on it being Leonardo. He's probably on his knees here. Newtralizer is tall, but not that tall.

This is based largely on a toy I just got of Newtralizer. We had a thunderstorm, so my computer was unplugged and I had no Photoshop, nor Google Image Search for character refs. (There are some inconsistencies between the toy, the illustration on the box, and the design in the cartoon.)

I've seen one episode featuring the character, in which he was a villain, but according to the box he's now "more of an ally" to the Turtles. Well, this is before that :).