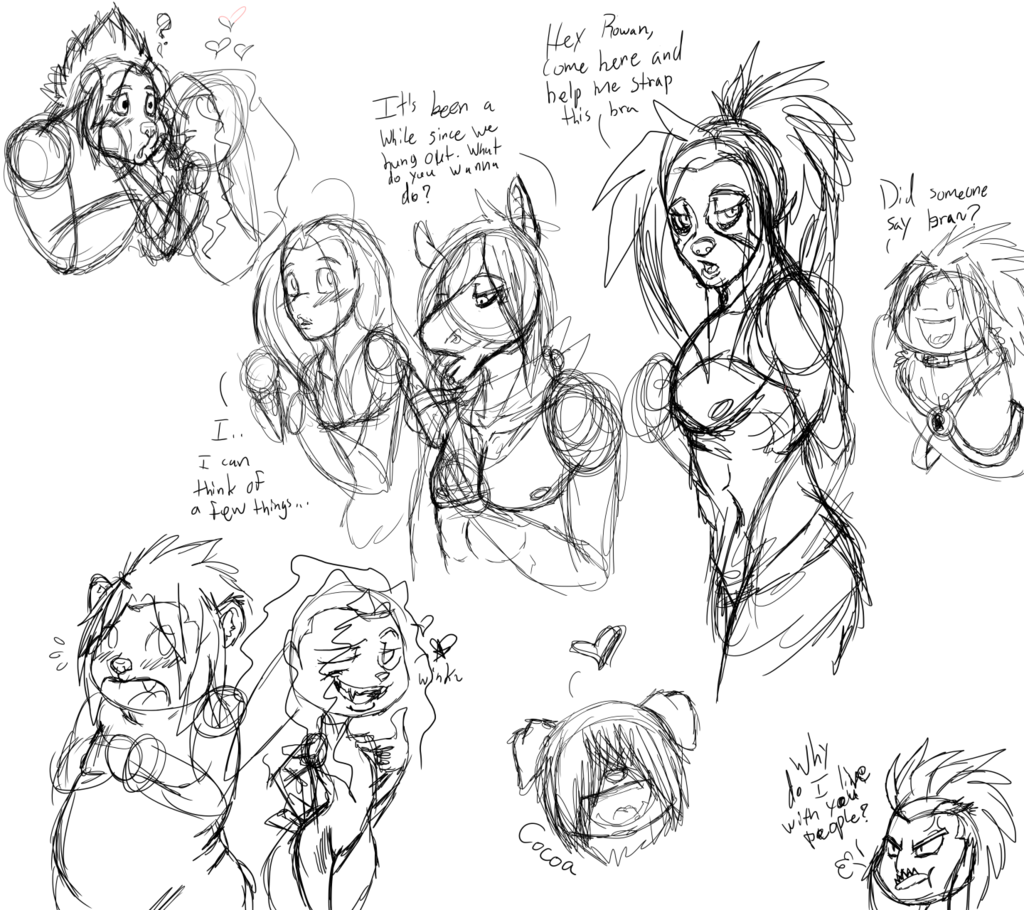 I had this weird urge to bring back a bunch of old characters from an old idea me and WitchDoctorShamaN on FA, wanted to do. It was just femboys living under one roof and probably getting on each other's nerves as well as each other's pants. Nothing special really, but we were making a lot of different types of characters.

I never got around to making my sloth character(until now), but I could see him being muscular even though he's lazy as hell and he likes to keep his big pecs in place so he wears a bra, which March seems more then happy to help put on. I guess I'll name the sloth, Kimon. Kayode(fennec fox) has a bear fetish now. Both the animal and the gay men kind, and now he's giving Alex lots of love. There's Rowan on the bottom wondering why the hell he lives with all these crazies and lastly my emo horse boy, Adrian, licking a popicle with his long tongue and probably making Billy very flustered. There's a random Cocoa too~ <3

Kimon, Kayonde, Adian, and Rowan are mine.
Billy, March, Cocoa, and Alex are WitchDoctorShamaN's