Five Nights at Freddy's by Angry_Koala 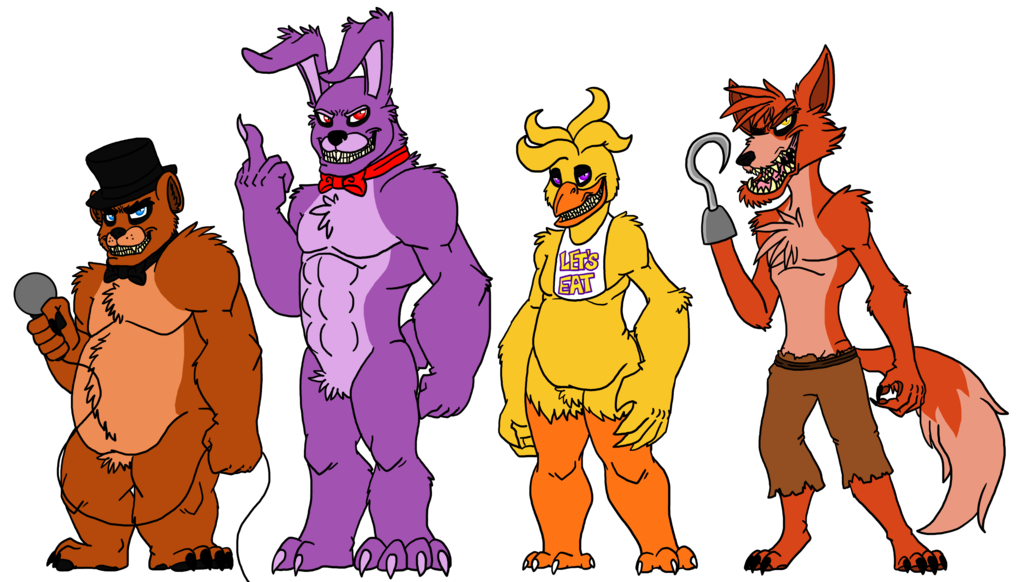 This is old. It was made before 5NaF 2 came out so it's been sitting in my completed folder for a while. I was gonna shade it but... eh :T I have golden Freddy too, but it was just Freddy with a yellow design instead so I did't add it. I'll probably upload it later, for now here's the four main jerk faces. I did anthropomorphic versions of them cause... why not? I'll probably do gijinka versions of them too soon. I see them drawn in lots of different ways. I wanted to keep Bonnie more androgynous, but I ended up making him buff cause I just wanted to see how he'd look in the style.

Who knows, I might do the toy cast, the Puppeteer, and Balloon Boy from 5NaF 2, but for now enjoy~ >:3

art © to Angry_Koala
Five Nights at Freddy's © to Scott Cawthon