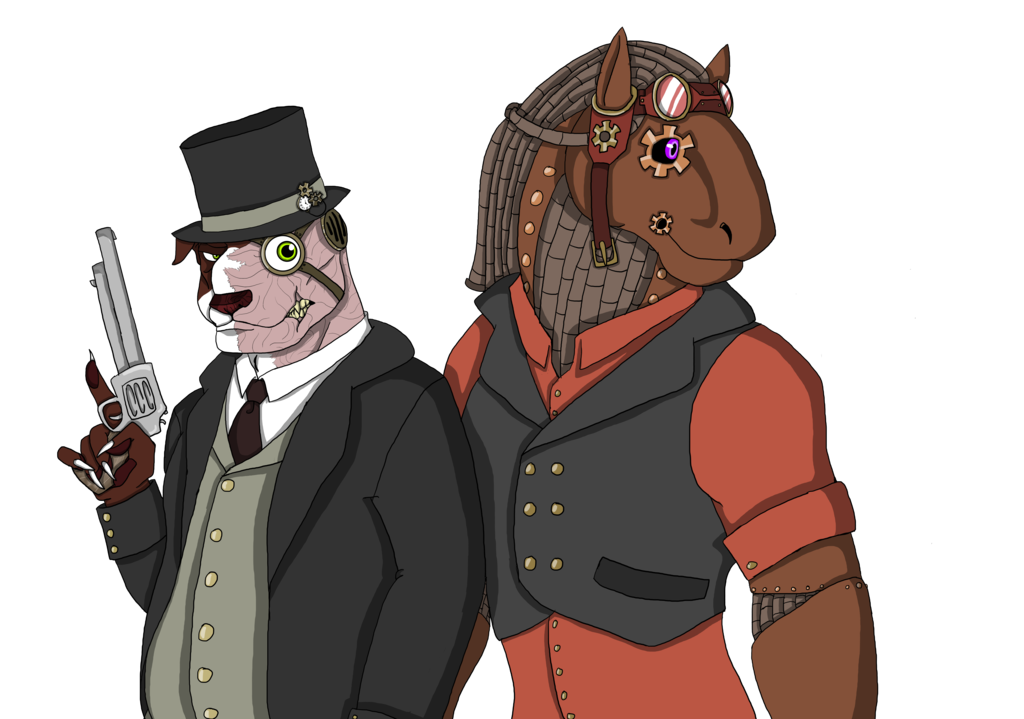 This is an old project I'm rewriting. Originally it took place in a modern setting, but I fought with the idea for about four years and came up with a Steampunk/Old Western setting. It's gonna be awesome :D

I LOVE Steampunk, so Balthazar getting revised into this type of setting is cool. The only new character to this series is Churchill (the clock work horse on the right). Churchill likes to be referred to as a they/them, but they get referred to as a he/him a lot since the large build. They don't mind :)

In the middle of drawing this I noticed Balthazar has a perfect main antagonist face. But he isn't, he's one of the good guys. There's a reason he's called Pinkerton the Great :)

The story I have working out so far is;
An old pit bull whose way past his prime has decided to take it easy and retire from the old adventuring business, but when an old enemy returns Balthazar stands against the old rival to finish it once and for all!

That's what I got so far for a summary of the story. ALL the characters I had for the old story is being redesigned to fit this genre. There'll be quite a few arcs for this story and I hope to make it into a comic soon :D