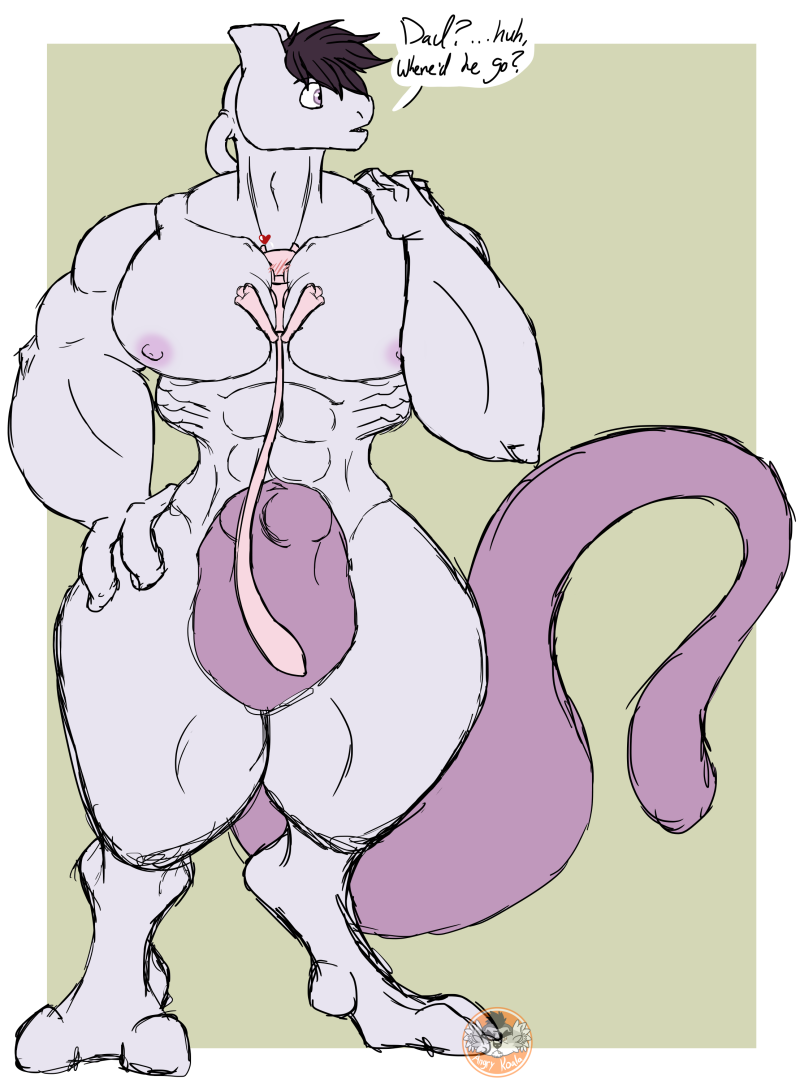 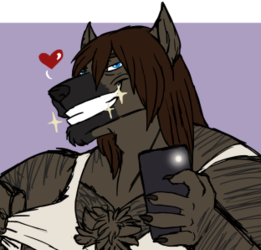 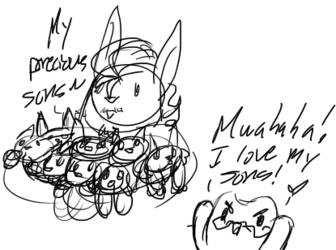 I wanted a muscular mewtwo with thick hips. So in between commissions I doodled this up. We've decided the mewtwo is named Genesis and the mew is Randolf(or Randy for short) and he's a teeny tiny trucker and Genesis's dad, duh~ Randy likes his son's fat pecs and will sometimes 'accidentally' get stuck between them. Randy enjoys it XD