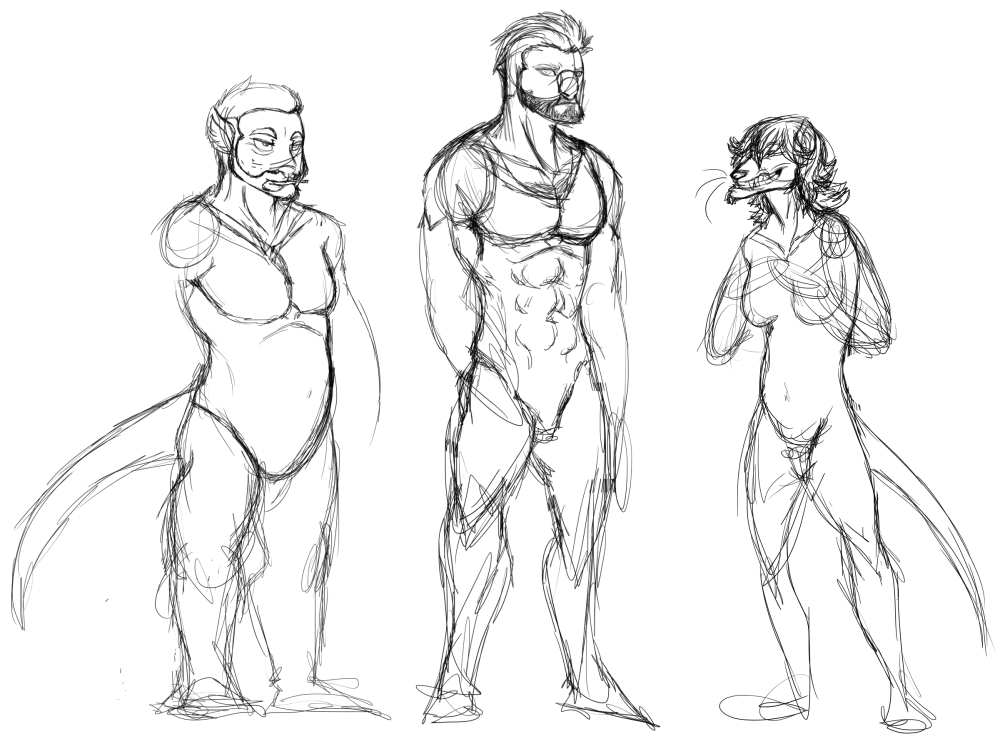 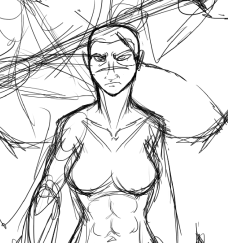 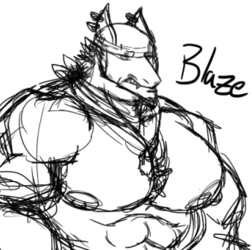 I forgot I had these. The first one is old and was drawn around the same time I made these ones
https://www.weasyl.com/~angrykoala/submissions/1330415/wip-ak-the-butcher-character-dump

His name is Olhouser and he's the town sheriff. He's a twisted cop and hands over any survivors that manage to run away from Anaise back over. He's really shitty and does fucked up stuff to women he arrest. Anaise can't stand him and he doesn't like her very much since she and her little monster kill his men all the time. There's also gonna be a deputy but she(or he?) isn't drawn yet. For some reason I'm blanking on what he was suppose to be. I think a wallaby? I might end up making him a quokka instead because those are fuckin' adorable :V

The second one is a marsupial mole and was based off of the hot old guy from Don't Breathe(which I finally got around to seeing recently. Watch it without watching the trailer >w>). I sketched him out after seeing the trailer to Don't Breathe for the first time but never finished him. His name is Nora and he owns a general store. He's also blind but his nephew helps around for pay. He's also disgusting and does naughty stuff with his nephew. He's not a good man.

The last one is the lady from this pic:
https://www.weasyl.com/~angrykoala/submissions/1382938/goretober-day-3-surgery
Her name is Gwen. She's a marsupial mouse and the town doctor/surgeon. She isn't very good at surgeries though as you can tell by the picture lol but she does her best! Her wife is the mortician who is actually not very interested in this whole cult thing, but everyone leaves her alone because she's creepy af. Gwen likes her though. Enough to marry her XD

I have to start finishing these characters up. I want a whole little town of crazy murderous marsupial cultists :D