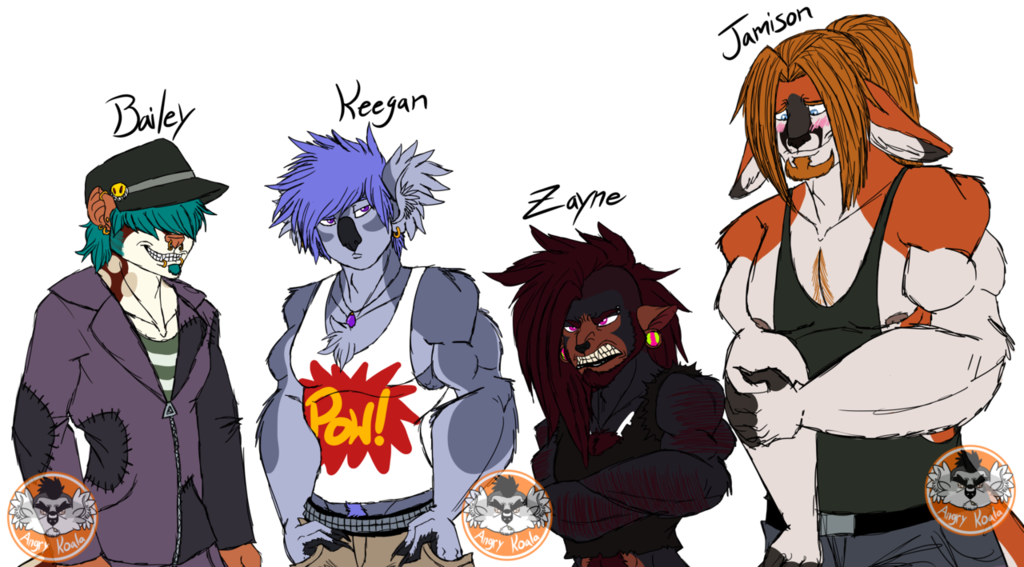 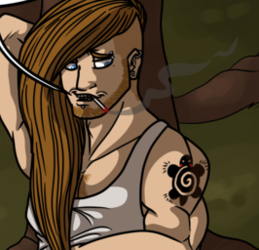 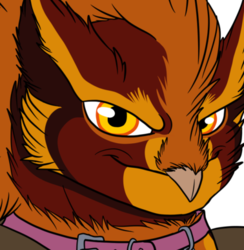 Big redesign of these guys. I have so many random furry characters that I decided to toss them all into a fighting/martial arts story and just roll with it. I actually figured something out pretty quickly, so yeah. New story, woo! \O3O/

-Bailey is a DJ at a popular nightclub(owned by a drag queen named Andrea). As you can tell he likes dressing like a bum XD

-Keegan is the main character of the story. He lives in a large city with his martial arts teacher, Master Chen, and goes around sticking it to thugs and assholes alike.

-Zayne is a short tempered little shit. God forbid you comment on his height. He will kick your ass.

-Jamison is a giant cinnamon bun. Despite being so big he's actually scared of EVERYTHING. The only time he grows a backbone is if Zayne's in trouble. Wherever Zayne is he's there too.

I already got a quick story to set up the scenario. Zayne and Jamison use to be loan sharks for a big baddie and hassled Bailey for money. Keegan got word and decided to go in and beat the shit out of their boss they got fired for 'not doing their jobs'. It's alright though. Zayne and Jamison meet Andrea and he hires the both of them to be bouncers at his club. So there we go. Gonna sketch more characters out. Oh and I tried doing a sketchy lineart for this one. I dunno why, I just wanted to try something different.

One more thing, I think this is gonna be an nsfw story. Only because I can see Keegan getting it on(with both guys and girls), but I'm not sure yet XD