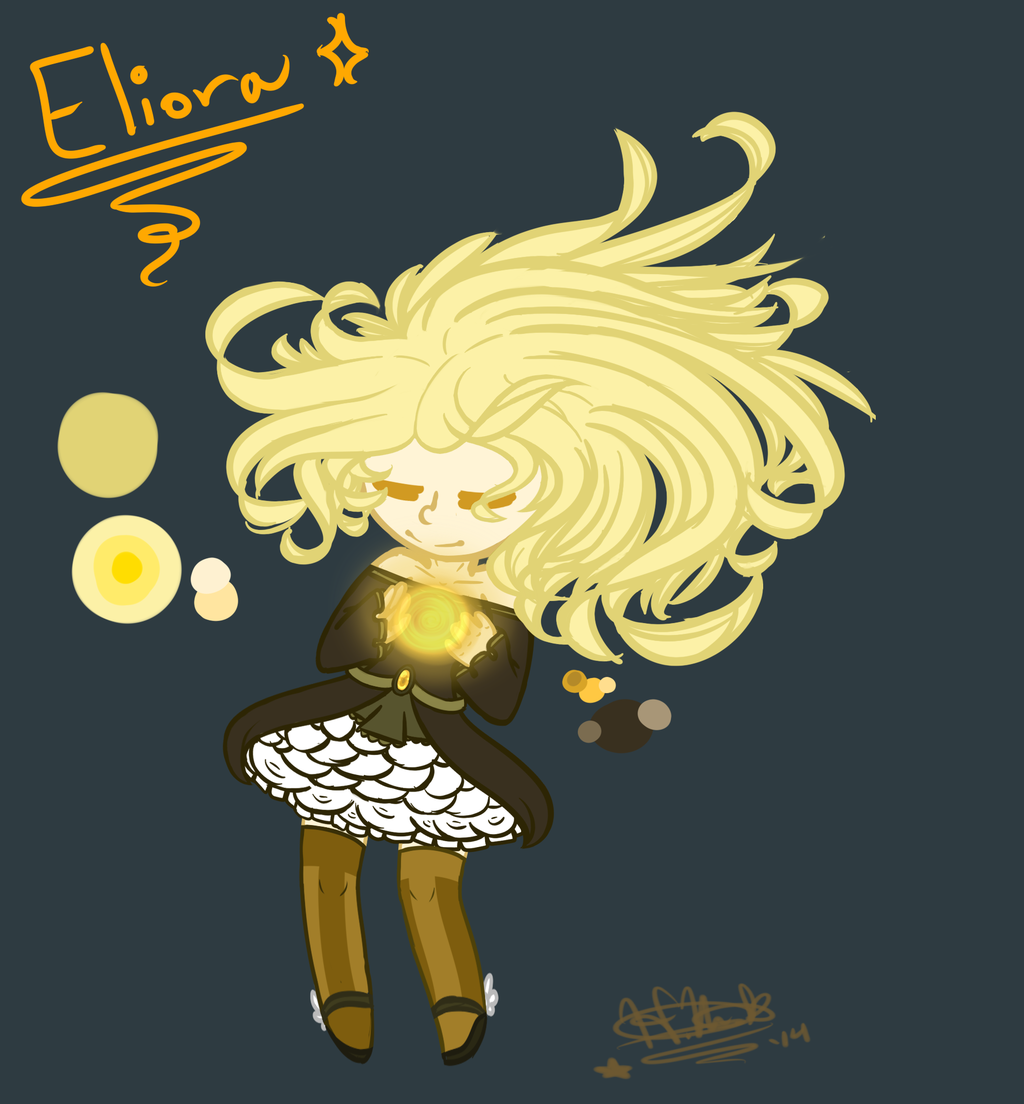 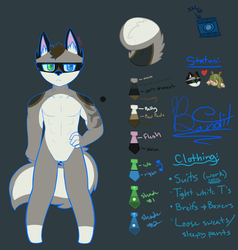 I shall light your way through the dark of night

Name: Eliora ~ (meaning "God is my light")
Age: looks 15 (about 150 years old in reality)
Height: 5'1"
Weight: 105 lbs.
Gender: Female (extremely fertile, so tries to stay clear of males at all costs as he doesn't want to be controlled for 'breeding')
Occupation: Light show coordinator
Clothing: usually seen wearing somewhat short victorian dresses / outfits (light pastels and natural earthy colors)
Powers: Light Manipulation
~ Can use/create light around her and use it for her own purposes. (warming light, healing light, night light (lolwut?idk), etc.)
~ Tries to never be on the offensive when in a duel with an enemy, tries to stay on defense but blind the opposer with light and then run so as not to end up hurting anyone without reason.

Hinderances:
Shy ~ She tends to keep to herself a lot and seeing as how their is a limited about of beings such as herself, she tends to become lonely and depressed at times and long for a companion.

Temper ~ Because she is extrememly fertile, she tends to have hormonal imbalances and can become emotional at times when it would seem irrational and very inconveniant to most people, and when her temper flares it is hard (depending on if she's close to the person trying to calm her) to get her to calm down and become docile again.

Hair Trigger ~ She's still new to her powers even after 150 years of being around and seeing many things others would like to erase from their memory. She knows how to initially control her powers, but doesn't know how to control the true strength of her powers. So from time to time her powers will randomly flare to let out the excess energy in her body otherwise she will become ill and seemingly develope a sudden high fever and become very weak and frail until the excess energy is released.

So yeah.
Enjoy the little pyromaniac then. (idfka)