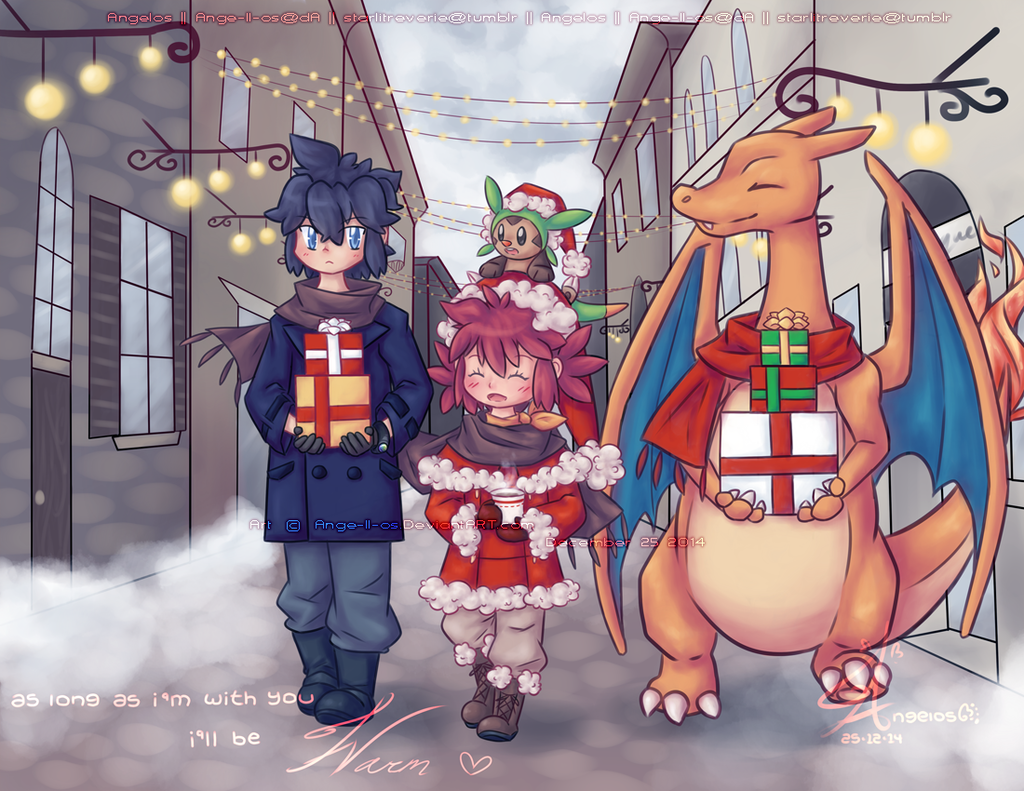 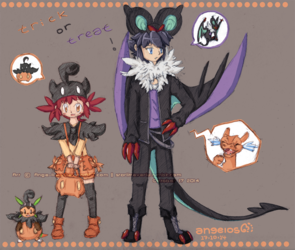 some cute dorks wish you all a happy holidays

I'm not late am I? This is what I get for working on contest prizes and holiday pic at the same time: neither gets done in a timely manner ahaha I'm so amazed I managed to finish tonight though so I could at least say I uploaded it on the 25th still XD May or may not take a day off tomorrow since my wrists are sore but yeah should have first of the contest prizes done soon too since I just gotta shade and do the background~

R.I.P. me these dorks absolutely slay me
Throw me in a parcel and mail me to hell why do I ship this so hard
I'm sorry I draw these guys so much no I'm not that's a lie If it makes it any better next couple submissions should all be contest prizes so they'll be cute fluffy critters probably

Apparently I like dressing these guys up laughs winter clothes cuz it's snowy and cold out~ Yeah they're sharing an unusually long scarf FIGHT ME I THOUGHT IT WAS CUTE ｡･ﾟ･(ﾉ∀`)･ﾟ･｡ Was gonna wrap up Charizard in it too but I realized the scarf would have to be ridiculously long to fit all three of them.. Was mildly tempted to put antlers on Alan and Charizard since Manon and Hari-san were dressed like Santa but I resisted the urge X"D Manon wanted to wear something more holiday-y, Alan basically just swapped out his jacket for something better suited for winter. 5 gift boxes; two for Alan and Charizard and three for Manon, Hari-san, and Fla-chan~ There wasn't a need for her to carry anything so Manon got some hot chocolate instead since Alan and Charizard had the presents carrying thing handled~

Forgive me for those buildings laughs I'm not made to draw buildings I hope they look alright I kinda just freehanded them XD They look ok I guess I'm not sure the closest building on the left looks like how I meant it to though? Does it look like a stone building? That's why there's all those oval shapes laughs [the street is also paved with stones which is why there's also oval shapes there] Walking poses are hard??? I didn't realize how awkward it is trying to draw people walking front on! pfft I've only drawn them from the side til now XD

Linked above is an alternative version since when I brought the file over to my desktop [since my laptop doesn't have PS installed] to watermark I noticed this look insanely warm and yellow tinted which I guess means my laptop is blue tinted??? I wasn't sure which were the 'correct' colours >w> This version here on dA is the version that looks 'fixed' on my desktop [and looks blue tinted on here] and the version on photobucket is the original version [which may be very warm/yellow tinted??]. I figured if it didn't look like the original colours I'd prefer it to be blue tinted over yellow tinted but just in case I decided to upload both copies~

Happy holidays everyone I hope you're all doing well!~ ヽ(〃´▽`〃)ﾉ♡ Thank you all for all your kind comments and faves and support~ and thank you all for sticking with me as I roll around in feels for these two dorks