CUTE DORKS THAT RUINED MY LIFE [アラン＆マノン ❤] by Angelos 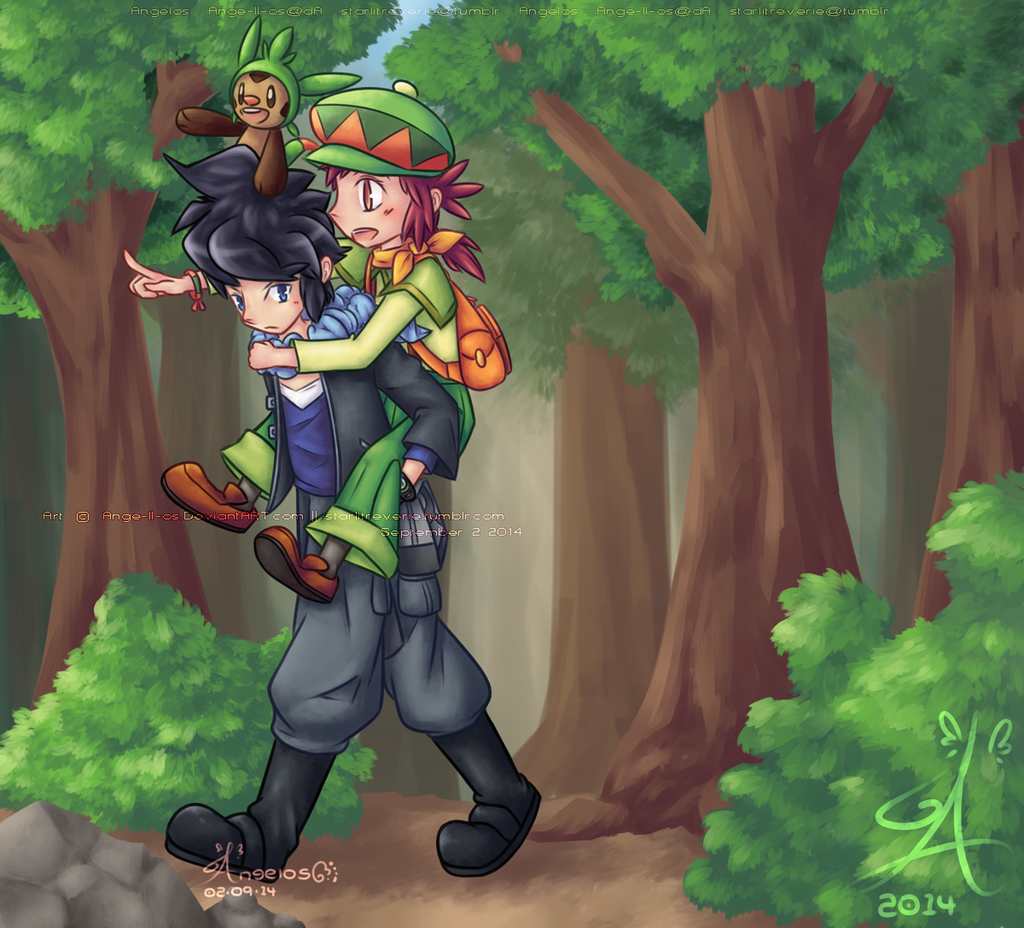 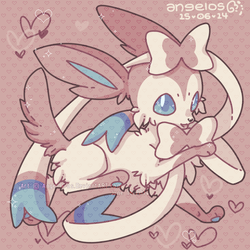 Strongest Mega Evolution Special ~ACT II~ airing November 6th 2014! ヽ(*´∀｀)ﾉ♪
//barely muffled internal screeching
You guys should've seen me when I saw the news I had to go lie down cuz I couldn't contain myself X"D SO MUCH EXCITE!! I knew there would be an Act II but there was no date given so it felt kinda just up in the air til now aaaaa
If there is anyone to blame for me watching the anime again it's definitely these two dorks pfft I heard there was a special centered around Mega Evolutions and- wait for ittt.....
WITHOUT SATOSHI/ASH!!! [I'm sorry I just hate him X"D]
So I decided to give it a try cuz it was early summer and I was running out of things to do... and now here we are... if anyone was wondering I loved the special and got curious what the main series was like since I hadn't watched since I was like a tiny little kid.. I had hope for about 5 mins that Satoshi wasn't as much of absolute failure but nope he still is but somehow I'm still watching LOL
I say these cute dorks ruined my life but really I have no regrets [ok maybe a tiny tiny bit] cuz I just
I really love these two aaaa especially Manon she's downright adorable asjklfja ❤❤
Here's hoping Act II won't be the end or else I will be pretty sad cuz dang can we just make this the new main series I would totally watch that ;w; I'd love to see more of their personalities and watch Manon grow as a trainer considering she's just a beginner~ Apparently a Mega Sceptile will be appearing soon [I will scream if it's not Manon's I mean LOOK AT THEM THEY WOULD FIT SO MUCH?? Alan looks like his Charizard already soo...] That would be really cool though cuz Manon wants to be able to Mega Evolve like Alan as well as one day beat Charizard in a battle [dragon vs dragon yeaa!!]

What's going on here? I don't know don't ask me I just thought it'd be cute ( 〃▽〃) ♡ My guess is either Manon fell on her face for the nth time or she was just tired of walking and found some way to guilt/force Alan to carry her instead LAUGHS I DON'T KNOW OK She and Hari-san both seem pretty confident which direction to go in, but whether it's actually the case is probably up for debate XD
Alan doesn't seem to pleased being used as a mode of transportation though but hey he doesn't really ever seem pleased at anything ovo" Probably even less pleased Hari-san decided to hop on his head as well ahaha
They make such a great pair cuz they complement each other so much I just.. have a weakness for these sort where one's ultra grumpy and the other is like bubbly and excited all the time X"D

This is so random but please tell me I'm not the only one that thinks Manon looks a lot like Courmarine City's Gym Leader Ramos? [I dunno like his granddaughter or something??? XD] I think it's the clothes.. and the spiky hair.. and the grass-y Pokémon..??

I gave up trying to give this a "proper" title cuz I asked all my friends and most of them just gave me variations of the same thing ;v;" I'm not sure if I should laugh or cry knowing how aware my friends are about what I've become (〃ﾉωﾉ) I have fallen off the deep end into PokéTrash hell LAUGHS AND THERE'S NO SAVING ME NOW I'M TOO FAR GONE

This pic I've been working on since early June and with the airdate announced I made it my plan to at least finish this piece before said date~ I had just some colouring left to do so I figured at least end my last day of summer with a completed piece instead of linearting contest prizes without much to show for cuz they still need colour ;v;"
Humans still take me an eternity but hey at least I like the end result now ❤ Only really big gripe I have right now is the angle/size of Manon's hand [the one she's using to hold onto Alan] looks maybe a bit off...? I not good at forshortening.. it's supposed to be pointing away and look a bit shorter but.. ovo""" Ok actually I lied I have one other gripe but it doesn't have to do with drawing XD Alan's. fricking. pants. I just.. can't.. take them seriously?? They look hilarious. Go find a pic of him from the front and you'll see what I mean; it's not as obvious from the side.
Trees/foliage.. my enemy >w> I think I got bark down.. leaves are a tad harder but I'm getting better too~ I think I did pretty good [definitely better than imagined] with the lighting and having the trees fade further away so it looks like dense forest c:
Anyone want to guess the insane amount of colours I used for this? [hint: only my signature and the small mark in the Keystone of Alan's Mega Ring use layer effects everything else is painted the exact colours as in my palette]

I'm sorry this description is a mile long I just have lots of feelings about Pokémon I guess especially these two X"D Oddly for such a long description I'm not sure how to tag this I just use very bland obvious tags like people's names LAUGHS I dunno what the heck is shipping I see images tagged with MarissonShipping but I don't know what that even means am I supposed to tag that too???
For those clueless:
アラン Alan = the guy in grey/blue that looks like a Mega Charizard X
マノン Manon = the girl in green/orange being carried
ハリさん Hari-san = Manon's Chespin
Just making sure cuz everyone who has seen WIP shots of this mistaked Manon for a boy XD Sorry I'm not gonna bother with dub names cuz they just seem so weird since I've only really know them by their Japanese ones. I tried to watch the dubbed episode later out of curiosity and I literally made it exactly 2 lines in before had to quit I couldn't stand their voices; everyone sounded so cocky >w>''

DO NOT REPOST, EDIT, COPY, USE, REDISTRIBUTE, "REFERENCE" or TRACE etc... My art is not for free use or part of the public domain! Use in any way, shape, or form without my written permission will result in me reporting it. All rights reserved. Thanks!