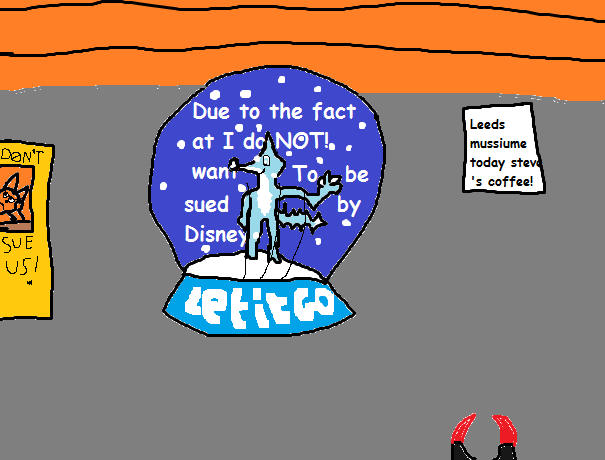 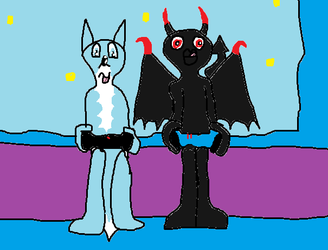 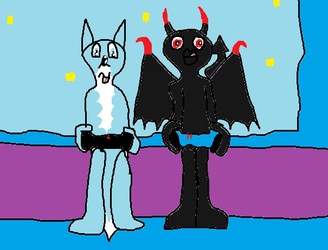 Angellothefox Was gonna meet Crystal Fire in town Despite the 72 stewardes been a idiots like they are sometimes or the conductors.

Conductors same thing.
"Are so this is where you meet your support workers Angellothefox!"
Said Crystal Fire.
"Yeah while you was waiting I got my self a stake bake and a cookie"
"And you didn't leave any for me!" There was a small 60 second pause then

Crystal Fire got Angellothefox in a head lock and said whitest giving him a nuggy "Arrr come here you!"

They walked quite a bit they went into Pound world at the merrion senter you know anyone from Leeds should know it is near merrion church I think.
It has a few shops. You know.
Er... Let me think They have a Virgin media shop they have a T shirt print store in the middle.

It is near Barrel man.
Oh forget it!
Crystal Fire shopped around as well. He seemed to be followed by a security guard. After 2 minutes he then turned around and said.
"Look I know I am good looking but we hardly know each other. So let's take it slow a step at a time. Then maybe we could go on a date."

That seemed to work the security guard turned around a little bit confused and uneasy.

Luck would have it they was still the German Market Open.
Lucky for Crystal Fire nobody was at the Frozen snow globe.
"I went there but not in it. Aparintly they was looking for the best fursuiters!"
Angellothefox lowered his head and continued talking "In plaining my fursuit wasn't good enough according to the cat with the white tail."

Crystal Fire Felt a deep emotional feeling too Angellothefox and was sad for him almost for the first time. But both angry for the fact at a white pussy-cat
Would do such a harsh thing!
"Where is this Cat I will destroy HER!" Shouted Crystal Fire.

Crystal Fire did somthing unCrystal Fiery. "Look don't be sad about it past is past. Look why don't I make it up to you!"
Crystal Fire then paid the can man some money for Angellothefox to go into the snowglobe and Almost cried over the price of 20 pounds to per person!

As Angellothefox entered the music let it go came on and if you want to listen to it whilst reading this the link is here No sue sue Disney!
https://www.youtube.com/watch?v=L0MK7qz13bU
It was a Magical Moment for Angellothefox and Crystal Fire the dragon.
Almost like a relationship was been built.

Angellothefox started to smile and put out one of his hands then he did the same with the other one.
He then Twirled around in the fake snow.
He jumped and leaped he even threw fake balls.

He was so exited he did a fake Angle on the floor. Angellothefox loved it.

He lied on the floor catching fake flakes and even rolled around in the stuff.
Of course he would need a bath or a shower because he was getting it all in his fur.

Before long a little girl with her mother came to see so did a sillisitore and no that was not to sue Angellothefox for been in a Frozen Snowglobe.

Angellothefox didn't even see the random Furries and humans at was coming to see him in the snow globe at he was in.

He did a summer-salt and then a twirl then finally a bow and opened his eyes.
"OYE MATE TIMES UP WE GOT SOME NEW CUSTEMURS!" Said the cat guy.
Angellothefox quickly got out of there because he saw a human female little girl and Angellothefox is scared of children.

Draks looks foward and says "Now where did I put my keyboard?"

OK that is the last time I am adding someone without telling them! Furry wise! The next time I will ask.