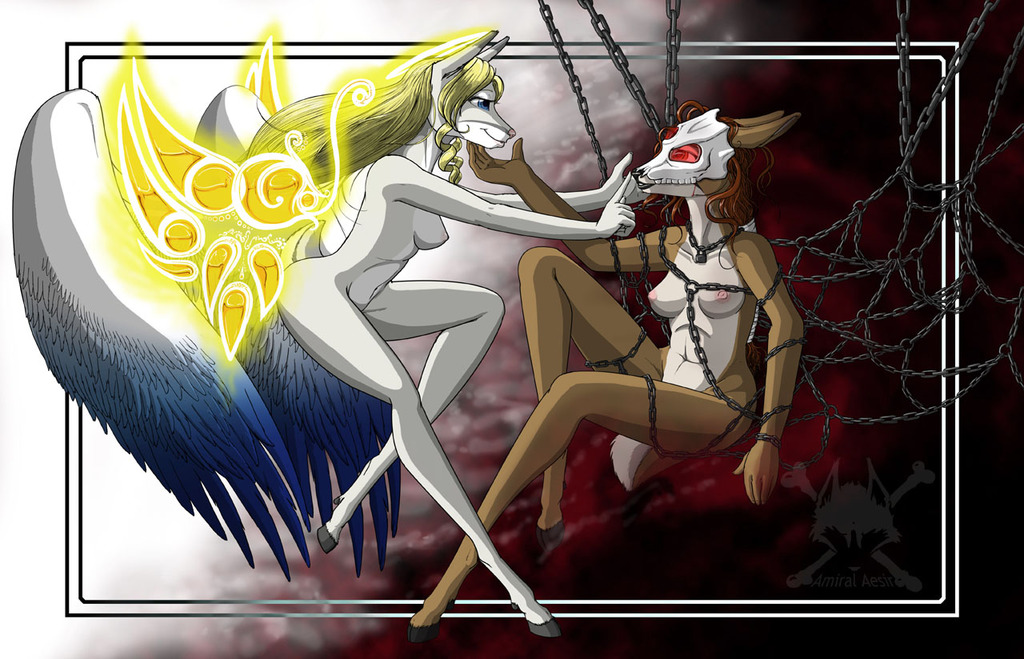 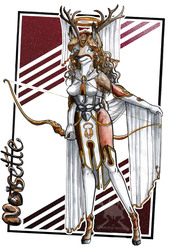 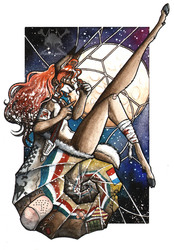 Doenès' kind aren't that difficult to understand. Like their feral cousins the deers, they only wish for one thing, peace.

The Doenès were yet created for another purpose, far away from the roles that the Dogma gave to the others anthropomorphic creatures.
In order to save her sister Ayerf, Risea drew the first blood toward the humans and annihilate the whole Gommorah's crew to let no clue of her action. Little did she then knew that her actions would lead to the Great War and the genocide toward the future Armada leaded by Daji.

She and her kind from the Gommorah flew away, guided by a vision that her sister had. They founded the Ongulae's Alliance on the planet Cenon. They lived peacefully, far away from the raging war between the humans of the Dogma and the anthros of the Armada.
The Doenès and their cousins refused to participate in the Great War, but Risea felt awfully guilty for the war she initiated unexpectedly. She felt into depression, and even her sister Ayerf never find the words to comfort her twin.
Finally, the albinos deer allowed her sister Risea to leave the secret planet and to pay her debt to the Armada.

Risea integrated the Armada as the 13th Admiral, showing her undying loyalty day after day. She repressed her peaceful side and did her missions. That was her way to pay for the inaction of her kind during the Great War.
But that leaded to another depression. Even with her first blood on the Gomorrah, Risea still keep a peaceful inner side that was inadequate with her mission. She slowly grew a role that wasn't her - the Risea with her mask - to hide her true self who was crying for that unnecessary violence.

Fortunately for her, her twin Ayerf was always here for Risea, healing her from her torments. She knew too well that the Hidden Admiral suffered of the Andromeda's syndrome who sacrificed herself with chains to ease Poseidon's anger.