Information About Me The Artist
Well, I'm a transgender male, but I still prefer females and I'm willing to still be called/treated like a boy by my girlfriend/mate. For the rest, I wish to be treated like a girl still out of respect. I will, be posting mixture of different artwork like babyfur art, normal art, NSFW Art, and much more. Now, remember this I just support the babyfur fandom, I'm not really a babyfur even though I do enjoy role-playing with them [b]some times[/b]. My fursona, is Amelia Skunk she's a widowed mother skunk of two kids one boy and one girl.

Media of Art I Use

Amelia's Biography
Amelia, was born on July 13, 1980 in Phillidelphia, PA. As a, child she would always play "Family" with her dolls and she was always the mother. In 1998, she met her husband Richard Skunk at a nightclub she was at. About, a year later they got married on October 23, 1999 and on July 13, 2002 Amelia had given birth to their first daughter as a birthday present to herself. About, seven years later Amelia gave birth to a new son named Skylar, but sadly, a month before Skylar was born Richard had lost a battle with brain cancer. Skylar, was born on December 2, 2009. Now, she struggles trying to be a mother of a 12 year-old and a fiver year-old.

Most recent: Hat For Sale 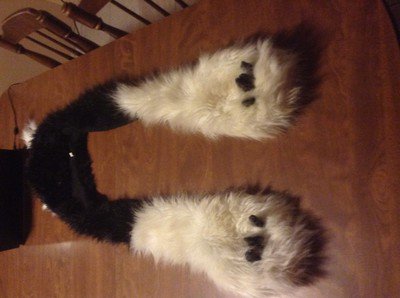