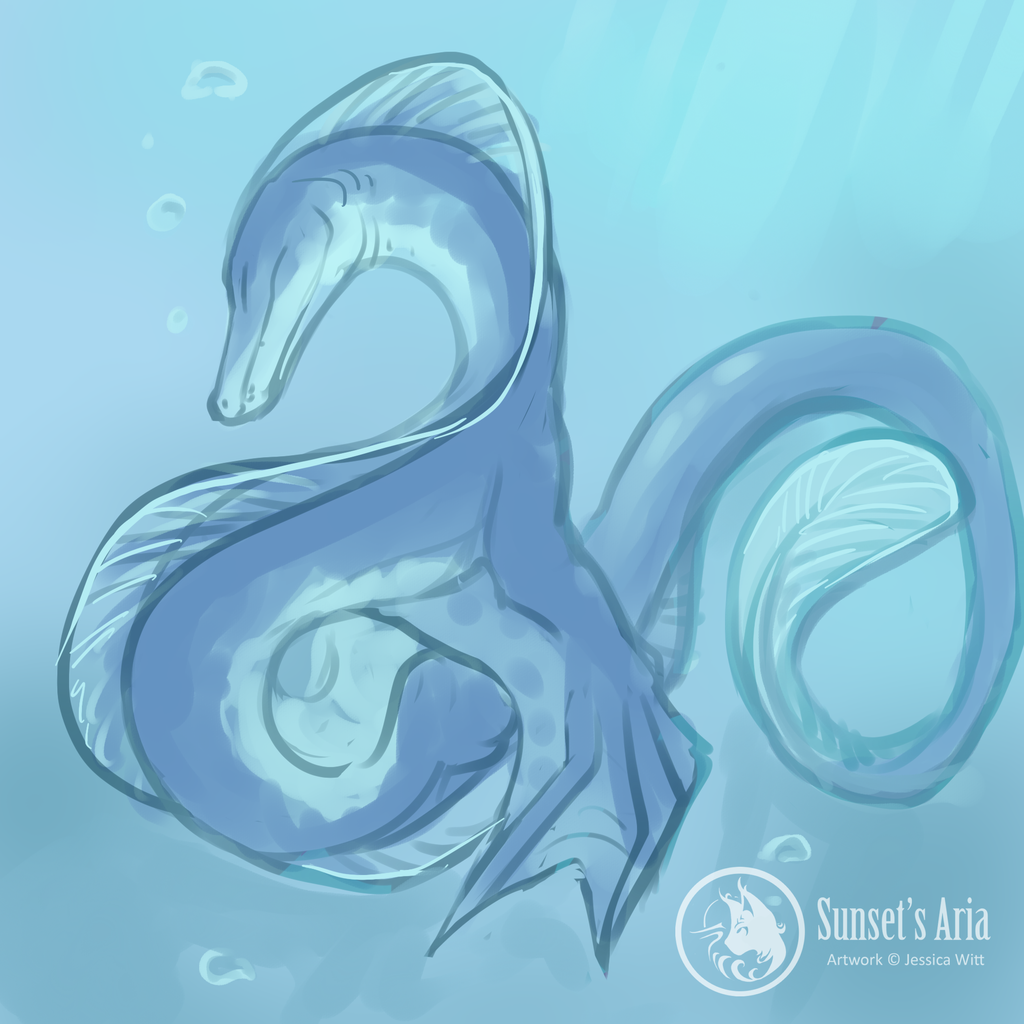 Folder:
1. The World of Ahnurth « Older 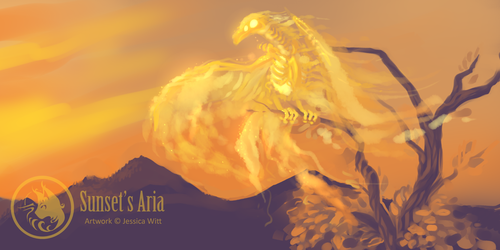 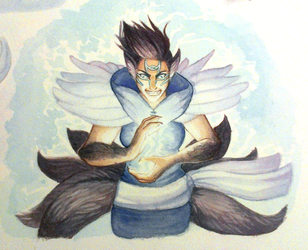 The Mistongue is a breed of Northlander most often found in rivers and swamps further inland, unlike their close relatives, the Drifters, who prefer icy salt water. They're classed among the more violent dragon species, always extremely wary and suspicious of other beings entering their territory, especially humans. While their nature as Northlanders allow them to take a human form naturally, few ever do. To wear your human form around another is considered extremely embarrassing, even shameful to them, as they see their human forms as evidence of their weakness. However, the convenience of thumbs is hard to overlook, and the Mistongue will use their form rarely to accomplish more delicate tasks, but never in the company of others.

They are well-known for modifying their territories with the use of their cryomenta, such as freezing rivers, creating ice dams, adding humidity to swamp and river air tp encourage the formation of fog, and so on. They are capable of very finely-manipulated ice and mist breath due to their specialized stream vessel running through the length of their tongues rather than merely being underneath the tongue, which allows the Mistongue to control the direction and force of their elemental breath without having to move their head to do so. Hence the name!

While this was actually a warmup sketch before I started my stream proper earlier today, I liked it enough to want to throw some colours on it too, rather than just abandon it as a sketch. I was feeling pretty anxious at the start of my stream, so drawing this was my attempt at getting all of the shaking out of my hands before I drew for other people. This painting took me about 20 minutes.