Enemy in the Fog by Amber-Aria 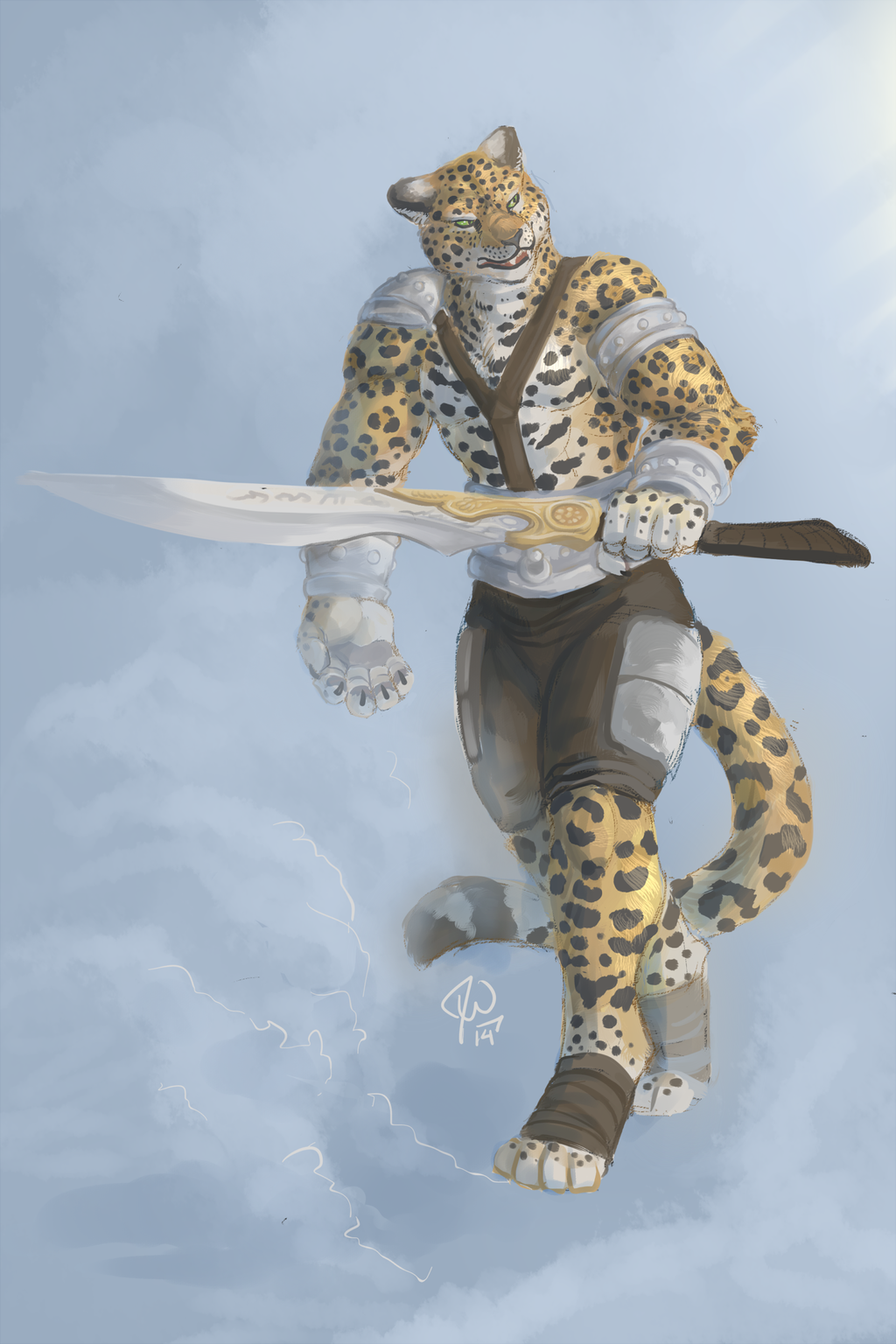 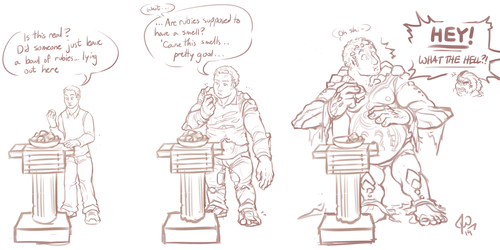 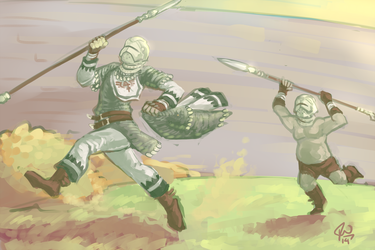 Enemy in the Fog

This is an in-stream commission for Sorien, who requested a two hour speedpaint of their jaguar-patterned catfolk barbarian character, Arath. Though, to get all of his spots and details down, I took closer to three hours.

I tried a slightly different approach to my speedpainting here, using a pencil-like undersketch instead of the broad marker strokes I normally use, and it certainly gave the painting a whole different look.

EDIT and UPDATE: I decided to return to this painting for another hour or so tonight to fix a couple details that were REALLY bothering me, and I'm ten times happier with it now. It actually looks like what I wanted it to in my head in terms of lighting and detail. Mostly touched up the shadows and the armor, and erased out most of the scribbled mess that was the graphite lines, colouring the remainder to blend in a bit more with the rest of the painting.

It was worth the experiment, but the "soft marker tool" approach to my under-sketching does ultimately work better for my speedpainting methods, and I'll be doing that in future.