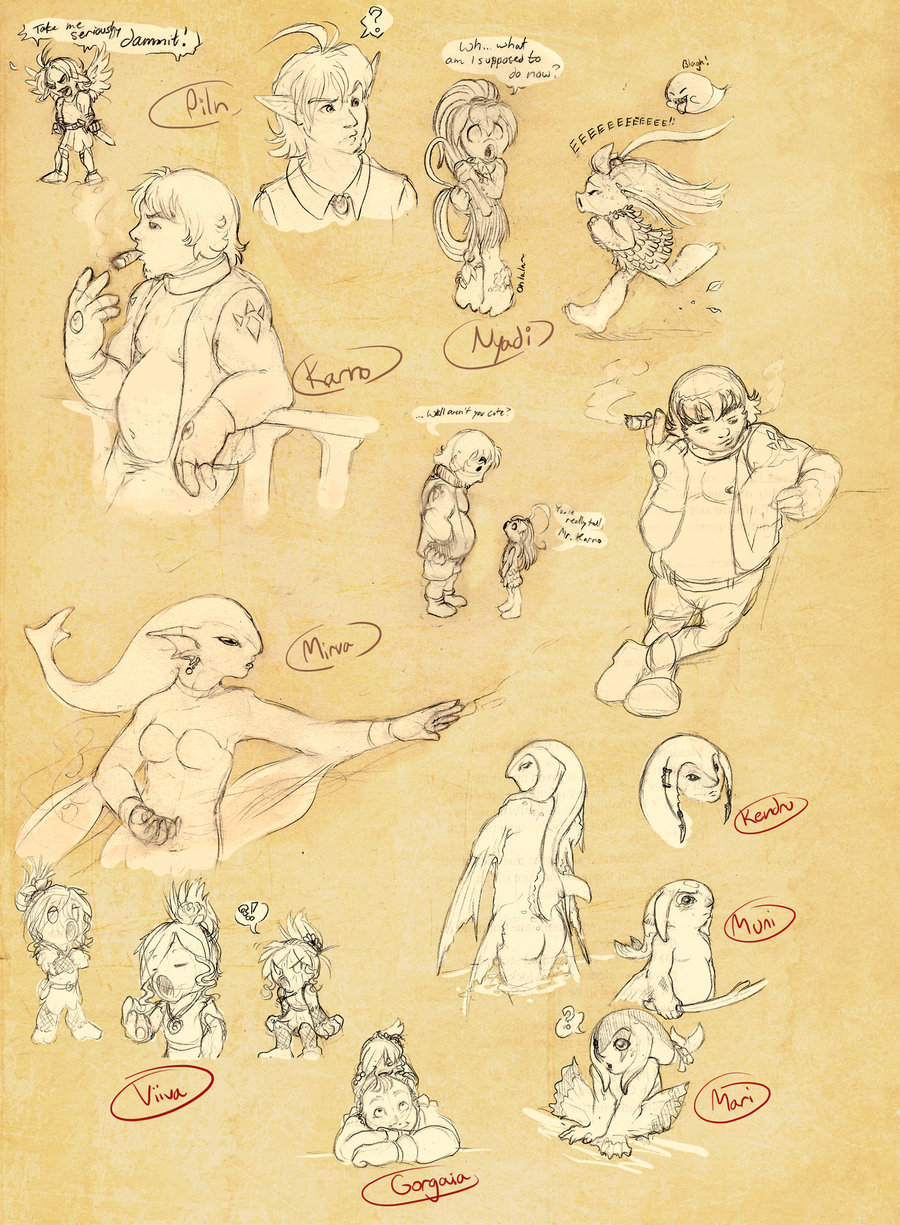 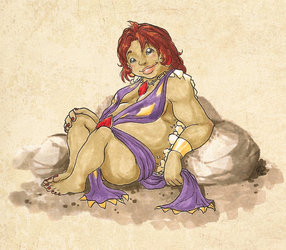 Yes yes, another sketchdump. But 'tis more Zelda related this time around, and it's not just Gorons! *le gasp!*

I've had the urge to draw ~Genolover's Zelda OC's for a long time, especially her Goron fire mage, Karno. He's made of awesome, along with the rest of the colourful cast that make up the main characters of her Zelda fan story, "Mages of Element". After starting on a doodle of Karno in class, (the one of him with the map) I couldn't quite stop! If you want to learn more about Genolover's characters, search up "mage" or "MoE" in her gallery and check out the pictures she's drawn there~

Near the bottom marked with red instead of brown are my own forgotten Zelda characters from fanfic and roleplays that were brought back to surface during my doodles.

Nyadi reminded me a lot of a more outgoing Deku gal I had from a Zelda roleplay long ago, named Viiva Waterlily. Viiva was designated to be the next Forest Sage, and coincidentally has very similar powers to Nyadi. Except, instead of being cute and super-polite like Nyadi, she tends to have an extreme passion for poetry, a sky-high ego, and an interestingly eloquent way of speaking that completely falls apart once she loses her temper. xD

And Karno's vest wearing awesomeness reminded me of my dear illiterate Goron from the same roleplay as Viiva, Gorgaia Dongonro. He's a professional Dodongo wrestler who lives to uphold the noble Goron tradition of wrestling, and yet, is strangely humble and laid back with a strong accent to boot. He's not the brightest torch in the mines, but he makes up for it with friendliness and overall talent in physical combat, possessing a unique "fighter's concentration" that keeps him from feeling pain until he loses focus on fighting, and a very keen gut-instinct that he hardly ever ignores.

The Zoras on the side are already uploaded on here from a long time ago. Some of you may remember the two Zora children, Muni and Mari, and the guard character Kendru. Just did some revamp doodles that may contribute to their updated refsheets in future.