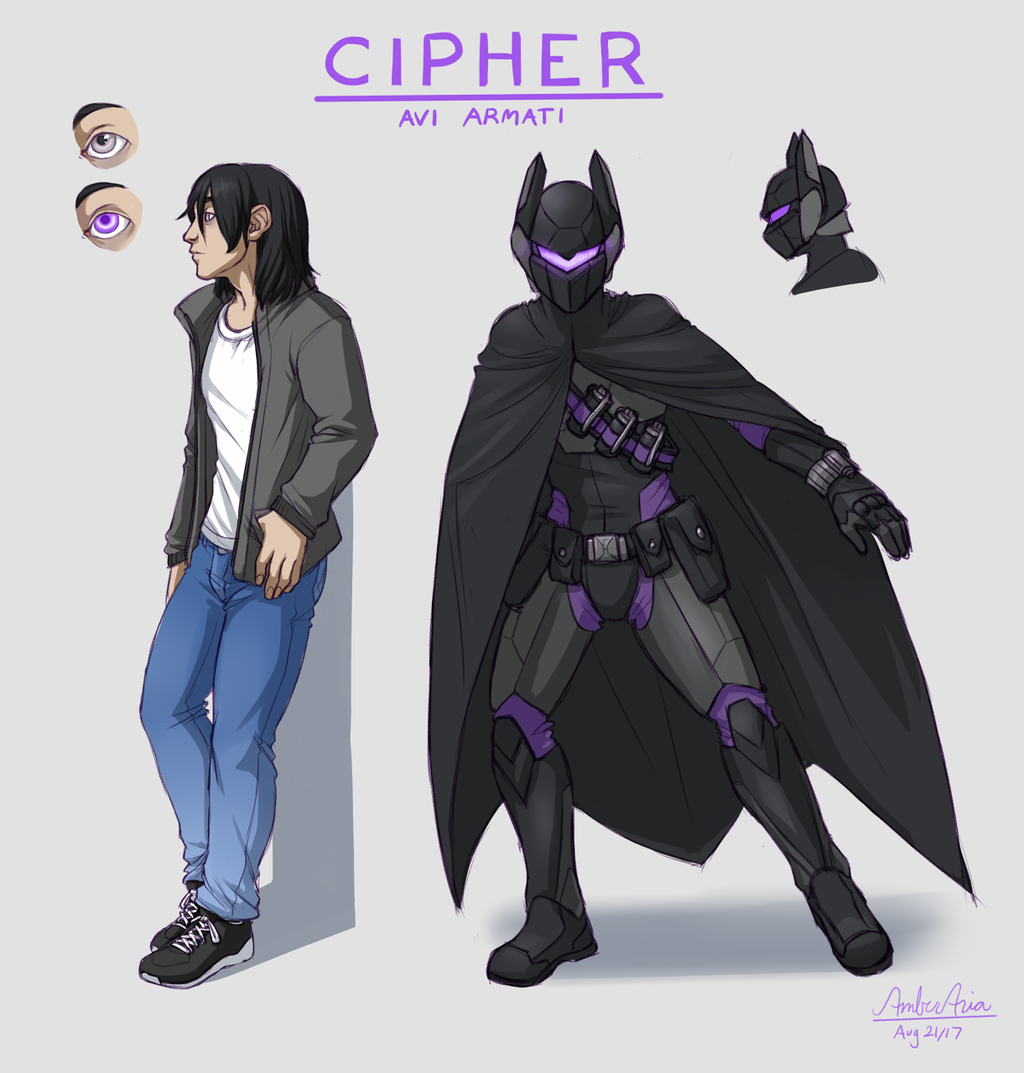 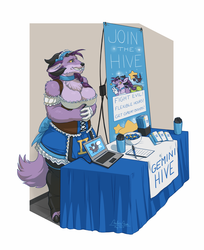 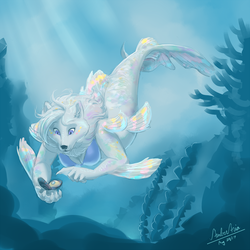 Adding to the cast of Brightlake City's superhero cast, I was asked to draw a crucial character of Ganelon's named Avi Armati, AKA Cipher. His ability is a unique one, allowing him to erase information about himself from the collective memory of every person who knows it (save for himself). Essentially, he can make people forget seeing him, or remember others doing what he did, if something about the action itself won't be forgotten.

His power was supposedly inspired by Batman's tendency to appear and disappear from scenes without any warning of where he came from or how, and he shares a lot of Batman-esque traits, such as a knowledge of martial arts, and the use of gadgets to aid in his missions, such as smokescreens. When using his powers, his eyes glow a vivid purple, though most people wouldn't know this aspect of his power.