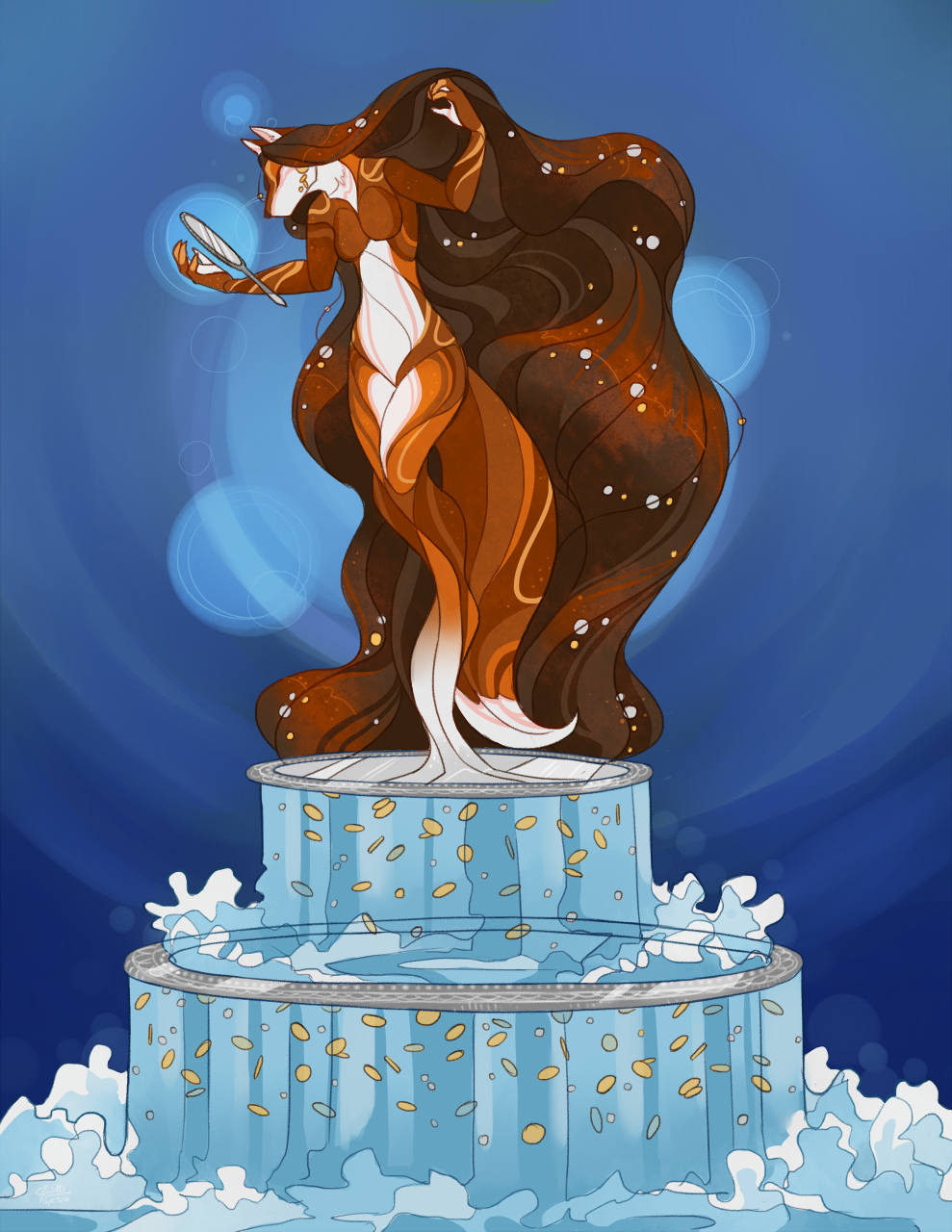 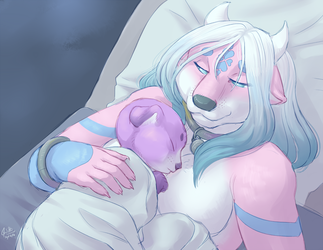 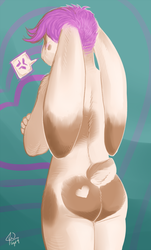 Ganelon always hands me the most interesting and experimental concepts to work with. For this image, I was asked to try and portray Freya's patron goddess, Eshebala. She's described as being the goddess of vanity, charm, greed and cunning, and shares her appearance with werefoxes but not their aversion to silver. Hence why her symbol is a silver hand mirror with which she can admire herself.

I was allowed to go as concrete or as abstract as I liked with this image, which is why I decided to go for something resembling the work of AlexanderFaolchu, with an emphasis on thin flowing, overlapping lines. I remember having a great deal of fun with this image, and also some difficulty with deciding how to deal with the colours and shapes.