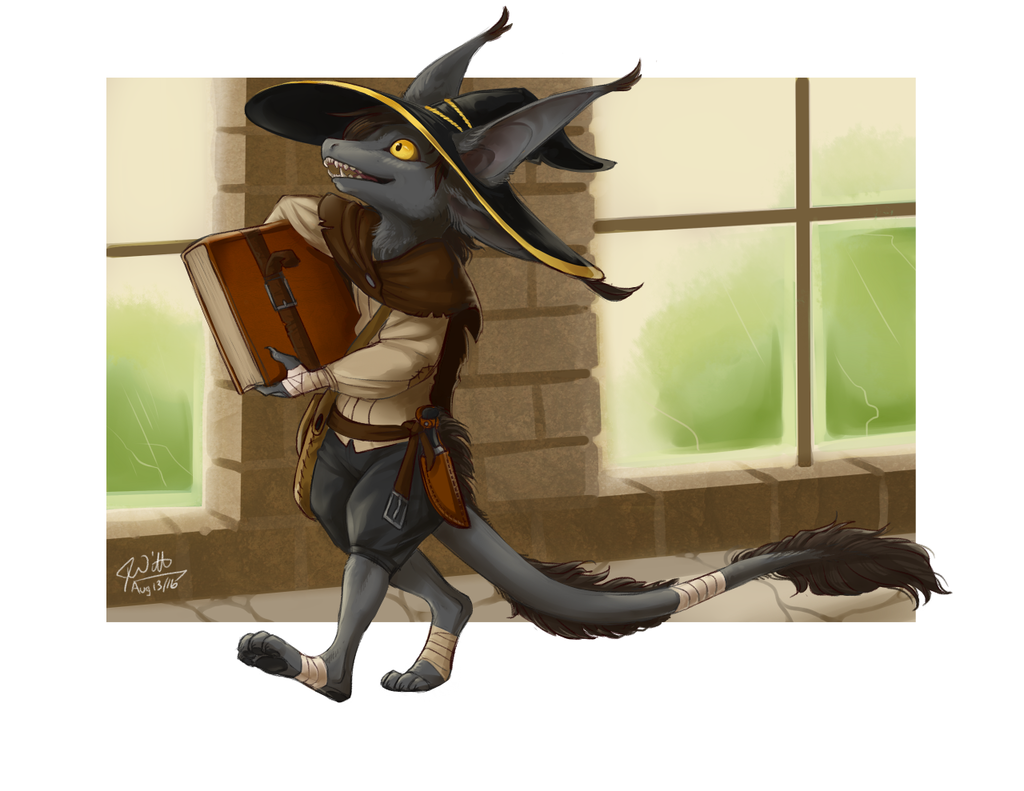 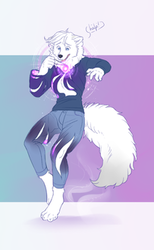 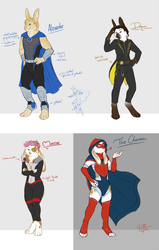 For this little guy, I'm going to let Ganelon provide the appropriate explanation.

Issek is a sheth - a specific sub-race of homunculi designed to act as nocturnal sentries as well as affordable domestic servants to the citizens of the Gatus empire. The sheth are excellent climbers and often travel across the rooftops of their urban environment to avoid its winding streets, though most rarely leave their houses and instead spend their time performing mundane, intellectual tasks for their masters such as conducting mechanical maintenance, organizing collections, or simply basic housekeeping duties such as cooking and cleaning.

Issek used to be a scribe and record-keeper in service to a reclusive wizard, before the latter simply left the empire without warning one day, causing his servants to eventually be evicted from the library they called their home. Several years of life on the streets have taken their toll upon Issek's appearance, but he remains cheerful and optimistic (if quite shy) in spite of his circumstances. This is in no small part due to the fact that his time spent as a wizard's scribe has exposed him to a great deal of magical theory, and he clings to the dream that he might someday become a full-fledged wizard himself using what he has learned.