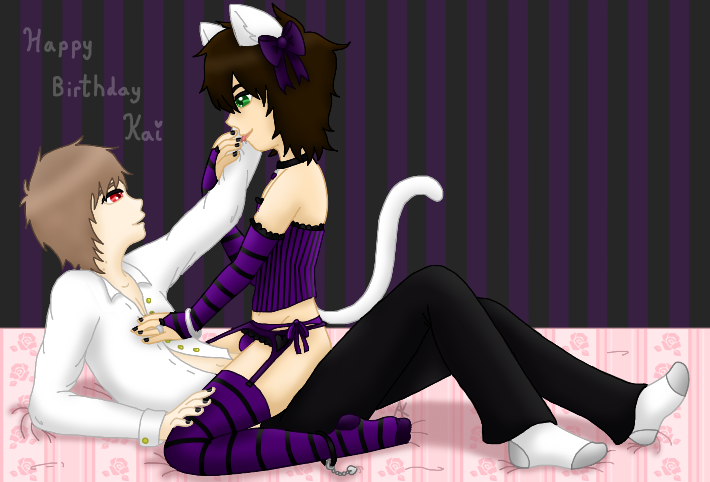 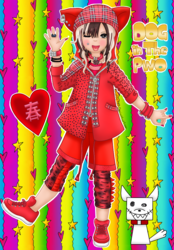 Mao from Sadie & Kai from Gazette based off my jrock RP forum. Kai is my character who is a neko (obviously) turned vampire. Mao his his husband & sire who is played by a friend of mine.

Since Kai's birthday is October 28th, I did this as a birthday gift as well as a Halloween picture. I'm obviously not going to send this since they're not in the same band and likely don't really know each other but yea xD They're one of my OTP ships =u=b

Mao & Kai belong to themselves
Art by Amakai