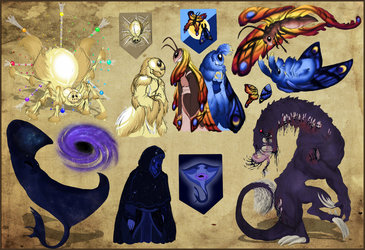 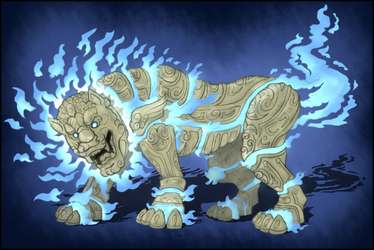 Finally finished this beast (WIPs can be found on my art blog).

Originally I only wanted to doodle the TOP10 hunter and two complete newcomer. After some time I narrowed it down to presenting only the hunters that are really important for the Phrexian main storyline.

He is the only xeno (alien) hunter and is currently on the first rank in the scorelist. Brahm connects the events of his own homeplanet with the main Phrexian storyline.

Saz could be called the protagonist of the Phrexian story. Most events and situations are tied to him and his actions

This duo acts as pressure on the main character which defines many of his decisions and steps. Rais takes the part of being the arch-nemesis of Saz while Ash represents a lot of the corruption that is going on in this universe.

He connects the past and present of Saz's storyline and presents it to the viewer. His appearance in the Phrexian storyline can be compared to a walking talking flashback. Hawk also brings the viewpoint of the OCP and their CEO/COs into the story.

Bryer's part shows how far humanity went in terms of bioengineering (by being a clone which is ethically wrong in this universe) and how many difficulties they still have to face in this universe.

There are still many other important characters that all represent parts of the whole storyline but this image only focuses on the main characters that are working as hunters. Hunter is a term for a travelling researcher with combat experience who gathers information and samples for the OCP (Organization for Observation-Conservation-Protection).