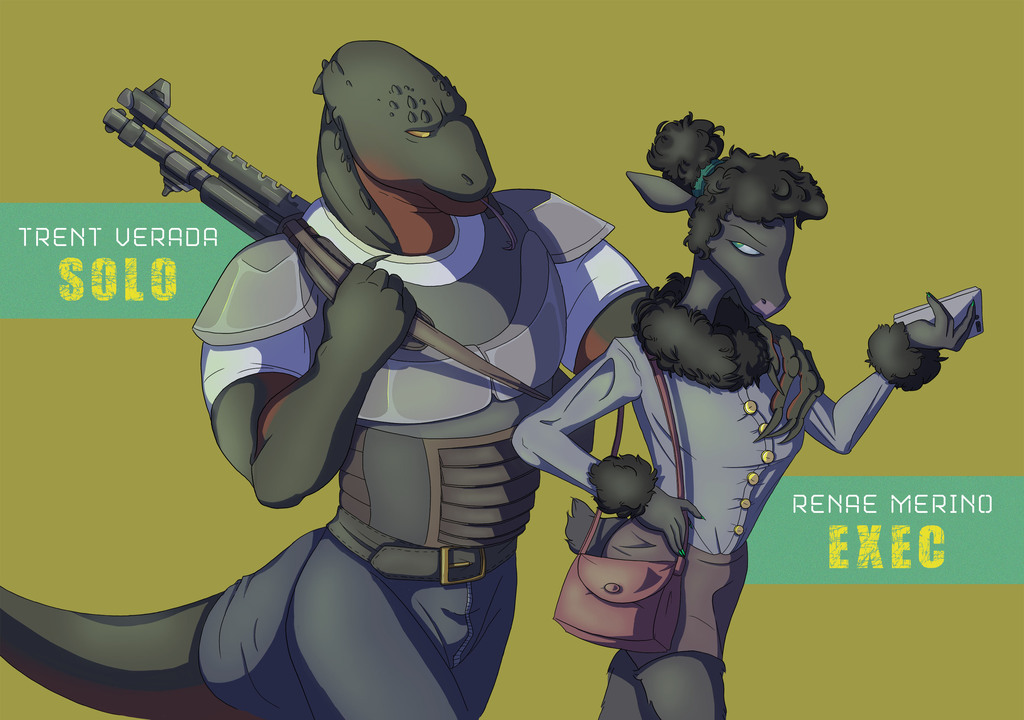 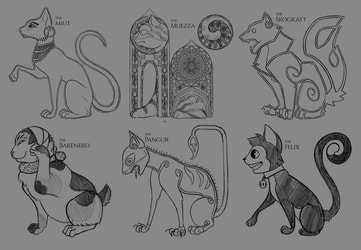 I run a (homebrewed to hell) Cyberpunk Red campaign for my boyfriend in the anthro city of Nighttopia. Occasionally, though, he DMs, and I get to play my gaslight gatekeep girlboss sheep, Renae!

Renae Merino is a high-power corporate executive working under Biotechnica. She has money and refuses to feel guilty flaunting it. To her credit, life hardly made it easy for her to get to this point. When you grow up as a ward of the state in Nighttopia, surviving past eighteen is already a miracle. But making something of yourself? Unheard of.

After being abandoned by a highly religious and sectarian birth family for her inky wool, Renae's clawed her way up from an underfunded group home in North Central to a corporate conapt in the Hightops. She's had to give quite a bit along the way, of course. When the only paid internship you can nab is as a medical model for untested neuralware, you start to question if it's all really worth it.

It hasn't been an easy path for Renae. But in the last year, things have finally started to settle as she's climbed the corporate ladder from a lowly intern to an ice-cold corpo. A cozy office, a rent-free condo, and fresh food every day? The work might be hard and long, but it's not anything she can't handle. Especially for those rewards.

But pumping a bunch of weird cyberware into your body is never a wise choice in the long run. Lately, all those untested neural chips and bodysculpting mods she had installed during her internship have been glitching in...compromising ways. Like during last Monday's meeting when her boss told her to take a seat, and she squatted down on all fours with her tongue lolling out. Or when she got her coworker a drink and spent the rest of the workday tending to his every request with a smile on her face. And based on how badly everything in her wardrobe has been fitting lately, she could swear that she's getting more...ample.

Renae knows that the corpos around here can smell weakness. She's gotta get this error in check before someone catches on. But dealing with that nonsense on your own is a bit gouache, isn't it? That's what assistants are for.

And that's where Trent comes in.

...But, alas, not today! His bio is for another time. We'll get there, though.

In the meantime...Renae! And her bodyguard! They make a cute...completely-platonic-and-egalitarian-professional-pair-of-acquaintances, don't they? Mm.