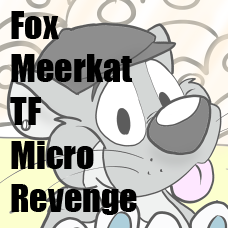 Kit giggled as he prodded Alkali with a paw. “Decided to go meerkat today, squirt?”

“Squirt…” Alkali huffed. He pushed back at the fox toes nudging at his back. “It’s only for a day anyway, you know that!”

“Yeah, but I can enjoy the time while I have it. I’ve seen you big for a while so this is a nice break,” he replied, bending down to grin at the half-foot tall meerkat. Even down here, he towered over the little guy. He plucked the meerkat up by the tail to hold in front of his face.

Alkali squeaked indignantly as his little hat fluttered to the floor. “Put me down Kit or you’ll be sorry!”

“Sorry tiny, it’s just really hard to hear you down there,” the fox chuckled. Hot air blew past the grey meerkat’s face like a tornado, tussling Alkali’s fur in every direction. Kit wasn’t too worried, even if Al looked pretty upset. After all, what was he going to do? Al was dangling several feet off the floor, and… what was that behind his back? Huh. Kit squinted to get a closer look just as the bright red blast of a TF ray blasted him in the face.

The fox shot back to his feet, stumbling back and into a bookcase. Alkali flew from his hand to land with a high-pitched ‘Ouch!’ on the floor below. Kit was hardly paying attention to Alkali anymore though; he was too busy rubbing at his eyes, blinded with red spots in his vision. Hitting the bookcase hurt, and he could hear the books scatter to the floor. But he couldn’t see any of it.

Something felt odd about his hands though. Kit’s fingers felt different on his face, and as they explored his muzzle it was clear that something had changed dramatically. That wasn’t a fox shaped muzzle at all. Blinking to clear his vision, Kit looked at his body and found his clothes were missing too. And… why did his body look so long and thin?

He took a dizzy step forward, trying to regain his bearings. The ground, instead, gave out from under his paw. With a squeak the newly transformed meerkat flailed his arms. Through sheer luck, his hands found the edge of… whatever he’d accidentally stepped off. His heart pounded in his chest, but the shock of falling like that gave his brain a moment to take in his surroundings. The fingers gripping at a wooden panel looked far different. More like a meerkat’s fingers. And that wood looked suspiciously similar to the same varnish on his bookcase. His eyes went wide as the realization hit him. Kit had stepped off the edge of a bookcase, and only just barely managed to save himself from plummeting to the ground. That ray Alkali used was a Meerkat TF Ray!

“Alkali! Get me down from here!” Kit cried, before cupping a hand over his mouth. Was that his voice? It was so… high pitched. Squeaky even. The orange meerkat looked back down to the ground, searching for Alkali. It was so far away now. He had to be a few feet off the floor at most, but Alkali looked hazy and distant. Kit gulped, his mouth suddenly very dry.

Down at ground level, Alkali was sprawled on the floor, laughing his ass off. “Who’s the squirt now, MeerKit? Next time don’t go picking on folks while they’re small!” 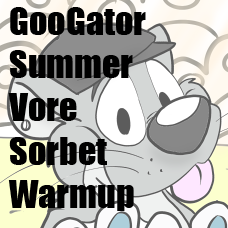 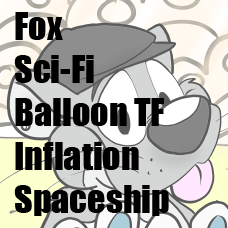