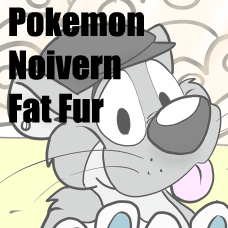 Shawn pulled awkwardly at the sweatband on his forehead. It kept sliding out of place, down toward his green eyes. And the times it didn’t do that, his white headfur would get caught beneath the fabric and pull at it. Just plain annoying.

Of course, that was probably the least strange thing about what he was wearing. With a grey Underarmor shirt pulled tight across his beanbag chair sized gut and workout shorts hugging a pair of wobbling thighs the Noivern was certainly feeling more exposed than normal. It was all for the sake of his New Year’s resolution though. New year, new Shawn. He knew that starting off the new year with the goal of losing weight was just about the most clichéd thing he could ever have come up with. But he was determined to not let anything stop him. Being big and huggable was nice, but he needed to do something to keep his growing waistline somewhat in check. His friends were more than just a little zealous with cooking him food, taking him out for dinner, feeding him…

And so here Shawn was, the most out of place Pokémon in the whole gym. It wasn’t just his brand new workout clothes either (though they did look quite uncomfortable with his purple tum sticking out from under the shirt and light tears at the shorts). Mostly it was his imposing size. Sure there were other overweight Pokémon around, obviously trying to get a jumpstart on their resolutions. Shawn was in another league entirely though. Nearly eight feet tall not including his plus-sized ears and a half ton in poundage, Shawn definitely made an impression on the room when he came in. The floor shook with miniquakes each time he took a step. Shawn worried that he might even damage the floor; it didn’t look very stable, and it surely wasn’t built with him in mind. The other Pokémon paid attention to him almost immediately when their equipment trembled. Pretty much every person was awestruck, mouths gaping. One blushing Dewott pulled his phone out to take pictures. Shawn felt his hips press up against metal while squeezing between a cycle and a calf press. The Blaziken using one squawked as the equipment was almost knocked entirely over by his double-wide hips. Shawn awkwardly mumbled an apology and scooted away with faster, floor shaking steps. A Snorlax curling with a set of dumbbells in the corner gave him a thumbs up, obviously trying to encourage his fellow fatty into being comfortable. Instead all Shawn focused on was the fact he dwarfed the Snorlax. At least a foot and a half taller for sure considering how the Snorlax had to look far up at him. And it was hard to tell for sure but Shawn was pretty sure he was wider around with just his tum than the obese Pokémon’s whole body. Considering how Shawn’s gut hung down past his knees it sure looked likely.

Definitely time to get into working out. Gotta get into shape.

Blushing heavily, he made his way over to a treadmill and stepped aboard. The machinery inside creaked and groaned under the weight but held strong. So far so good. A brisk walking pace would probably be a good starting point. Shawn put in a pair of headphones and started his first workout of the year with a plodding walk. It felt pretty good. The hanging lights above shook back and forth in time with the Noivern’s steps. Now that his headphones were in there was no snickering or gawking from the other Pokémon to worry about. And if he could just go for a half hour…

The treadmill had other plans though. It started off slow but gradually built up speed as the Noivern walked. Shawn quirked an eyebrow at the machine but shrugged and moved into a faster walk, looking like a wobbling, mountainous mall walker. His rump swayed back and forth with a squish on the side bars of the treadmill. He was huffing and puffing now too. No worries. This was still doable. Shawn pulled at his pants a bit to get them more comfortable as they rubbed against his tree trunk thighs. New year, new Noivern. Maybe he could just turn down the speed slightly.

Being Shawn’s first time in a gym he didn’t know exactly how the treadmill worked. It became glaringly obvious that something was wrong when he adjusted the machine’s speed, going from a walk to a… jog? Shoot, that was the wrong way. The shaking around the gym picked up noticeably with each faster, stronger stomp. But the Noivern had to start jogging to keep up or else he’d be thrown free off the back. Up to that point the treadmill had been courageously staying together under the Pokémon’s weighty steps. But a light jog from a fat bat was slightly more than the engineers had planned for. The gears slipped inside with a ‘Ka-Chunk’ and the motor ground to a halt with a Zubat-like screech.

Shawn came to a quick stop as he jolted forward from the inertia; that much Noivern wasn’t easy to stop quickly after all. He puzzled over the smoking treadmill. What happened? Surely it hadn’t broken just like that. Maybe it was something a technician could fix. Then, with a small drop, the treadmill collapsed under his tennis-shoed feet.

“Oh,” he whispered. “That’s not good.” Everyone else in the gym was staring at him again. Some looked concerned, others were struggling to stifle a giggle. The Dewott was taking more pictures again. Shawn could feel his cheeks burn hot. But he wasn’t going to let this get him down. No sir, he was used to the snickering by now. He wouldn’t be deterred that easily!

…but as he tried to turn and move to some other equipment instead, he realized a separate problem. That lurch forward earlier pinned both sides of his hips and rump into the armrails on either side of the treadmill. His belly was resting directly atop the control panel which bravely attempted to hold all the weight up. Shawn grunted and pushed at the armrails, trying to get loose with no success.

“Shoot. Uhh, sorry everyone,” he mumbled. It took a good few minutes for him to finally escape, by pressing down on the treadmill so he could come free upward with a ‘pop’. His moobs and belly flowed like a heavy tide with the sudden movement. Oof.

Well that was a disaster. Shawn awkwardly made his way back to the locker room to find his hoodie and shorts. Maybe he wasn’t really the workout type of ‘mon. Which he was sure would be just fine with his friends. As he left Machamp’s Gym, gently shaking all the equipment with thudding footsteps as he passed, Shawn pulled a phone out of his pocket and fired off a text message. ‘Workout is done, wanna hit buffet at 7?’ The Noivern placed his free hand beneath his belly, hefting it up. He suddenly wasn’t so sure he actually wanted to keep his resolution. With a squeeze into his soft tum, he decided. Time to make a new resolution: eat more this year than last. 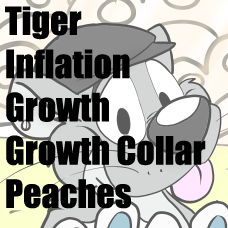 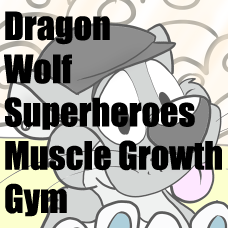 This year Shawn the Noivern is gonna turn over a new leaf. Time to get fit and healthy!
Or at least, that's his plan. Hard for a fat Noivern his size.

Another quick warmup scene to share with you all. uwu This one just a fairly pure fat fur piece.
Shawn belongs to ChibiBuizel