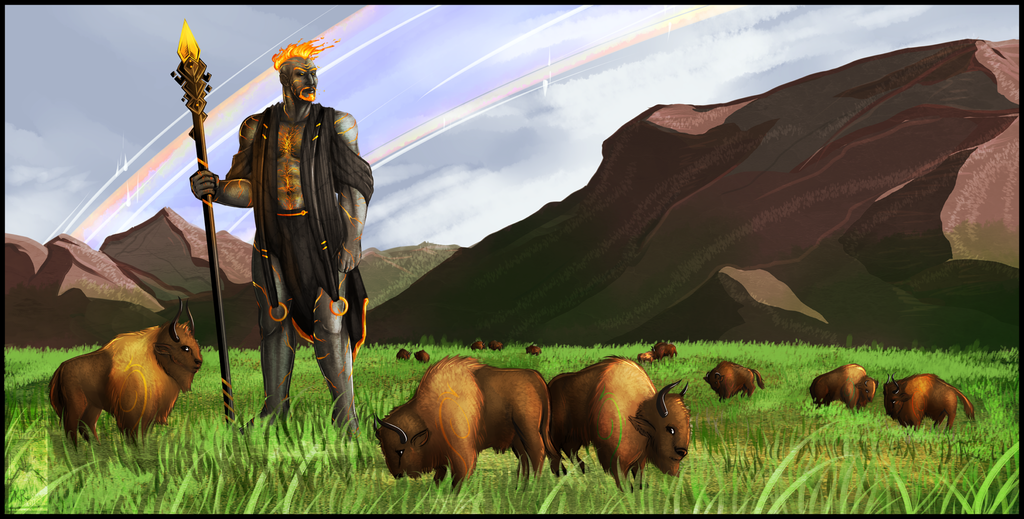 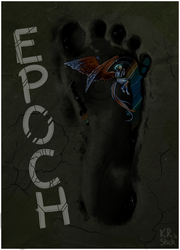 Well this was a monster, I don't draw real animals very often so the bison were an adventure, and I think Yellow wants to keep the beard. I wanted to do an actual illustrated piece because it's just been so long since I have. There's a story behind it.

HISTORY LESSON!
When the settlers moved Westward across North America, they nearly hunted the American bison into extinction, for their meat and hides. It's estimated that less than 100 American bison were alive in the wild by 1890. Efforts were made to bring the population back up afterwards but much of the species today have mixed genetics from common cattle. It's believed that the purest-bred herd of bison today is the Yellowstone Park Bison herd, and their ancestors remained untouched during the slaughter in the 1800s.

Now this is the fun part, where I like drawing influences from history and putting them into fiction.

-Many years ago, some of the mortal races began hunting the bison of Epoch to extinction. If it was for their meat and hides and it was limited, it was acceptable, but when Yellow Stone, one of the most powerful Calderians ever known, found out that the bison were being hunted for sport and were basically being massacred, the Calderian got angry and demonstrated the extreme megalomania the Calderians are known for. He threatened to bury his side of the world in ash and poison the air of the rest. This would eliminate a great deal of species and not just the bison that were on the brink. Horrified by the titan's ultimatum, the mortal races backed off, and Yellow Stone led the remaining population of bison to his caldera valley where they have been thriving under the watchful eye of him ever since. Mortal races were not allowed in the Caldera Valley for years.-

Don't fuck with this man's bison.