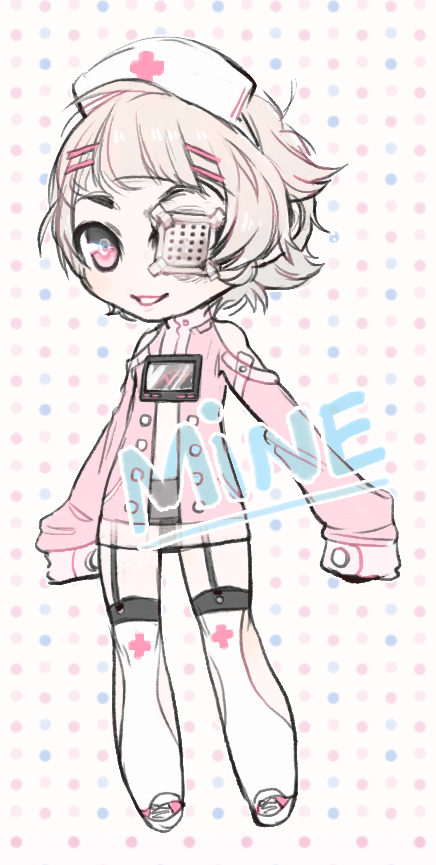 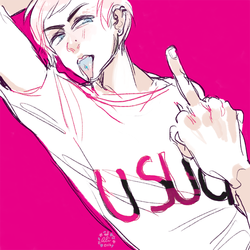 been sitting on this design for a while, got some help and suggestions from many folks! but i decided i was satisfied with it just now so i'm uploading him now~

no real name yet though, medical terms as names are really hard to come by :'( esp since he's not really originally a nurse companion either (which i will one day work on his previous form and to show his infuries) but they'd end up renaming him.. i liked epiphany/eppie for a while but MEH i'm not feeling it anymore because i'm picky, so back to the drawing board with that, but i'm not concerned about it?

his plot is still iffy and being written, but the main hospital takes him in after he was in a crash with his owner sven, who died in the impact. he was rewritten and changed up, and his injuries from the crash i.e open skin and wires were all welded similarly to how his eye is which is why he has super long sleeves so it wouldn't scare the kiddos, his hands are mostly fine if he reveals them :0

he spends time with kids to cheer them up, most of which are terminally ill, while struggling with ptsd as companions do when their masters die-- he might become so unstable though where he struggles to function despite being rewritten? not sure! still thinking, but here's what i have of him =w= he's happy go lucky and trying desperately to hide the fact he's really fucked up, especially with the kids he's with so he doesn't scare them! but he has a super soft spot for them all and can easily be talked into bending rules for them, like taking them out on walks when he's not supposed to, etc!

he probably seems really off though like he's TOO happy and cheery and something is horribly wrong as his happiness seems kinda ingenuine? kids can't understand or pick it up because he's so positive and they don't sense it as a bad thing, but adults can and i'm sure its offputting af so he's normally just around children all the time

base used is by koru-ru on deviantart!