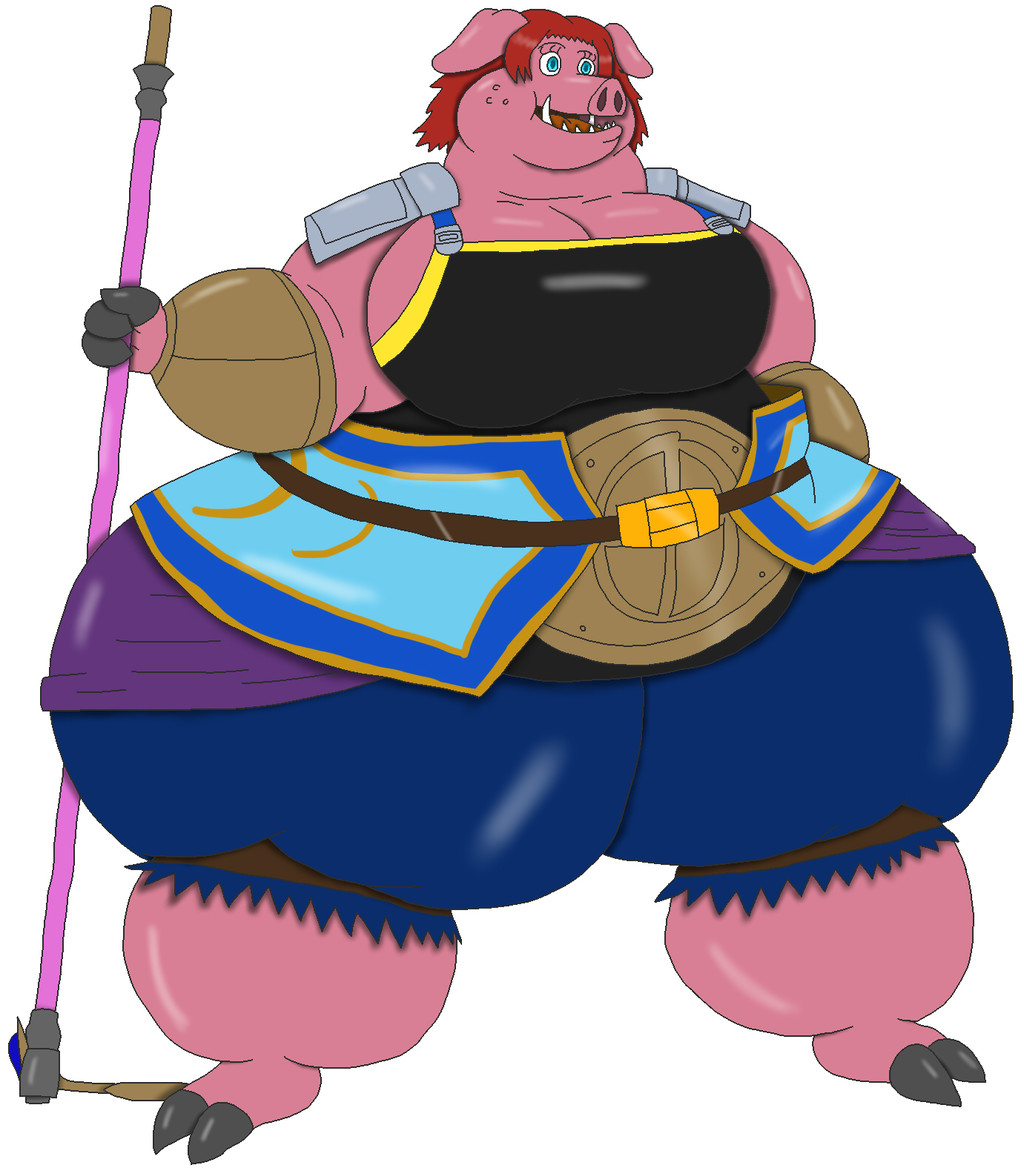 Name: Zhu Nong (豬農)
Gender: Female
Height: 5' 10
Weight: 2045lbs
Element: Water
Weapon: Hoe (Nature's Friend - 自然的友)
The warlord Ao Jun ( 敖君 ) discovered a rumor of a beast that was destroying his force from the north and went to encounter it. To his surprise, he discovered that beast was a female pig defending her village's crops from the armies that were at war with each other. Jun told her that it's impossible, so he might as well have her as his bodyguard and the village as his troops. He bravery in battle granted her godhood after the flood wipe the land to stop the bloodshed with her being the patron goddess of her birthplace, the Gao village.