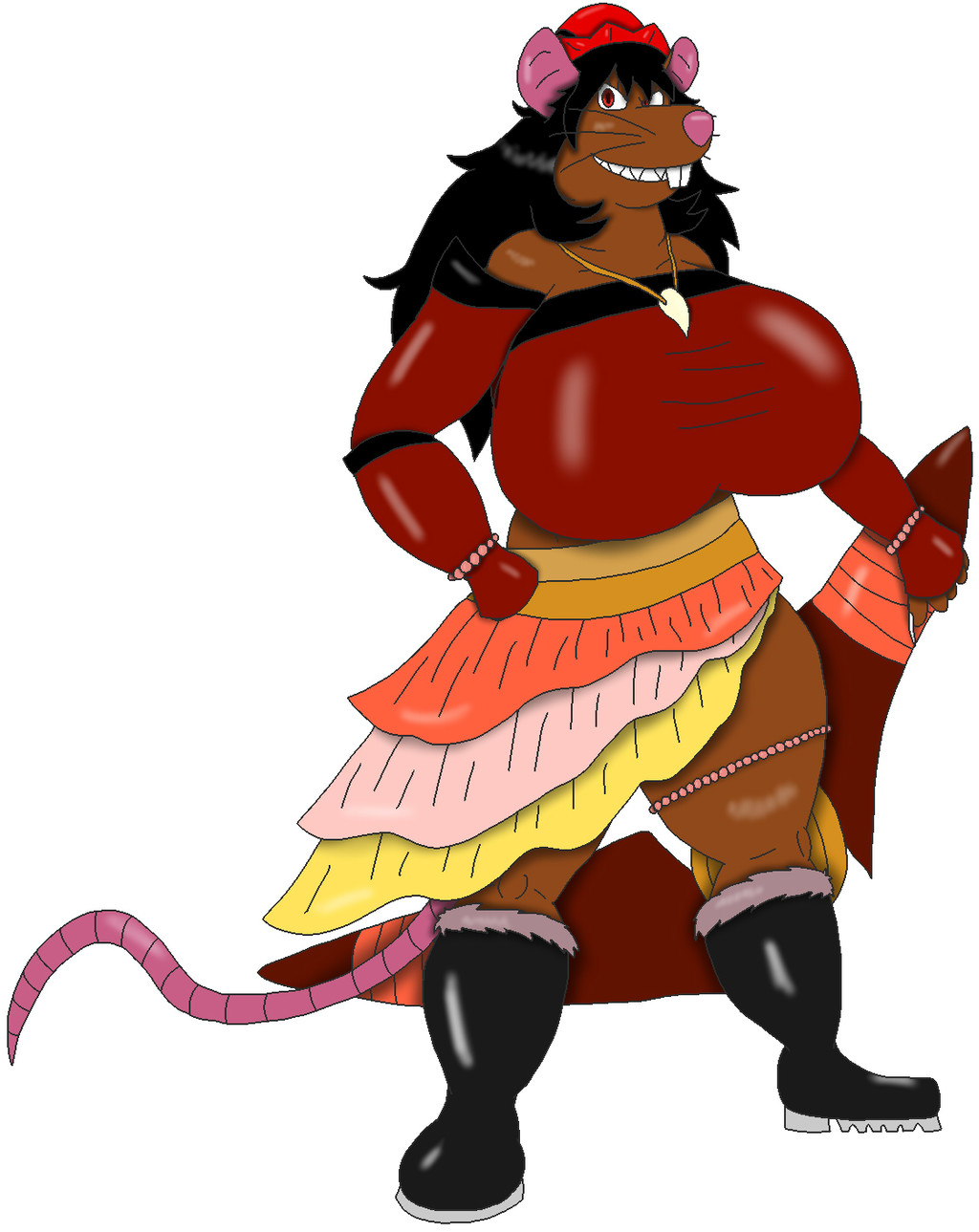 Name: Shu Rong (鼠融)
Gender: Female
Height: 5' 8
Weight: 209lbs
Element: Fire
Weapon: Boomerang (Magma Trail - 岩漿路)
Her father, Shu Su ( 鼠蘇 ) was cunning strategist from Stumazu under the alias, Primo serving the then king of Flamshua until he preformed a coup d'état while he was gathering food. She served with her father leading his fire task force and ambush troops, showing that she's as deadly and sly as the king. She and her forces often face the cavalry forces of Mao Wang ( 貓王 ) and his bodyguard, Ma Liang ( 馬良 ) who she tries to avoid as possible, but at the year 1072, she was forced to fight them on her home. She was taken as prisoner and was going to executed but both force were stoke by flood leading the Mao and Shu family to be washed from history.

When she wake, she found herself to be dead being judged by the court of Diyu along with her father. She was condemn to eternal punishment but the Jade Emperor's servant, Taibai Jin Xing ( 太白金星 ) intervene in the affair saying that she will became a goddess of the Zodiac. She fought many battle with her rival and his bodyguard with the three forming a bond with with a warrior from Moonkun which evolve the four of Shu Rong, Ma Liang, Zhao Yun and Mao Wang into guardian deities.