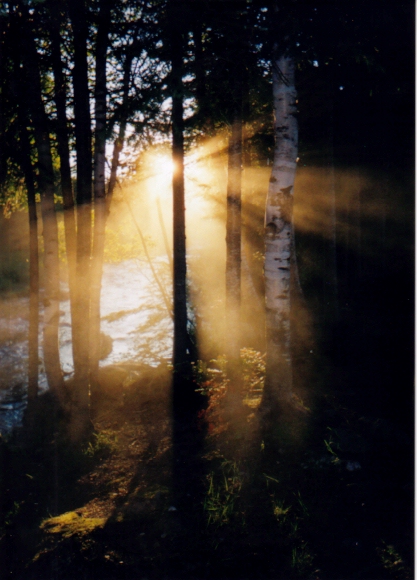 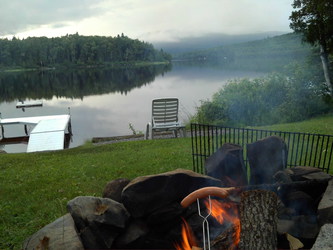 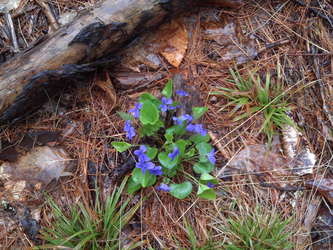 Here's an oldy shot with a 35mm instamatic point and shoot. I was camping in the spring of '03 with scouts from Jackman at a camping spot a little over 5 miles into the wilderness from Jackman. If you're not familiar with Maine, Jackman is an isolated community up on the Quebec Border. If you want a Big Mac, it's an hour drive with your passport to buy one in Quebec. A trip to a big box store is 2 hours away. By rail, they are the next stop after Lac Magantic, Quebec (where the tragic derailment/fire occurred last summer (2013))

This campsite is on the edge of Churchill Stream. I was up at dawn, notice the fog, grabbed my camera and headed down to the stream and got lucky with this shot. I should have been standing a little further over to the right. I could then have had the white birch in the dead center of the photo.

I entered this in the 2003 Windsor Fair photo contest. WIndsor is the second largest state fair in Maine. I took second place in the nature category with it. Not too bad for an Instamatic point-and-shoot.