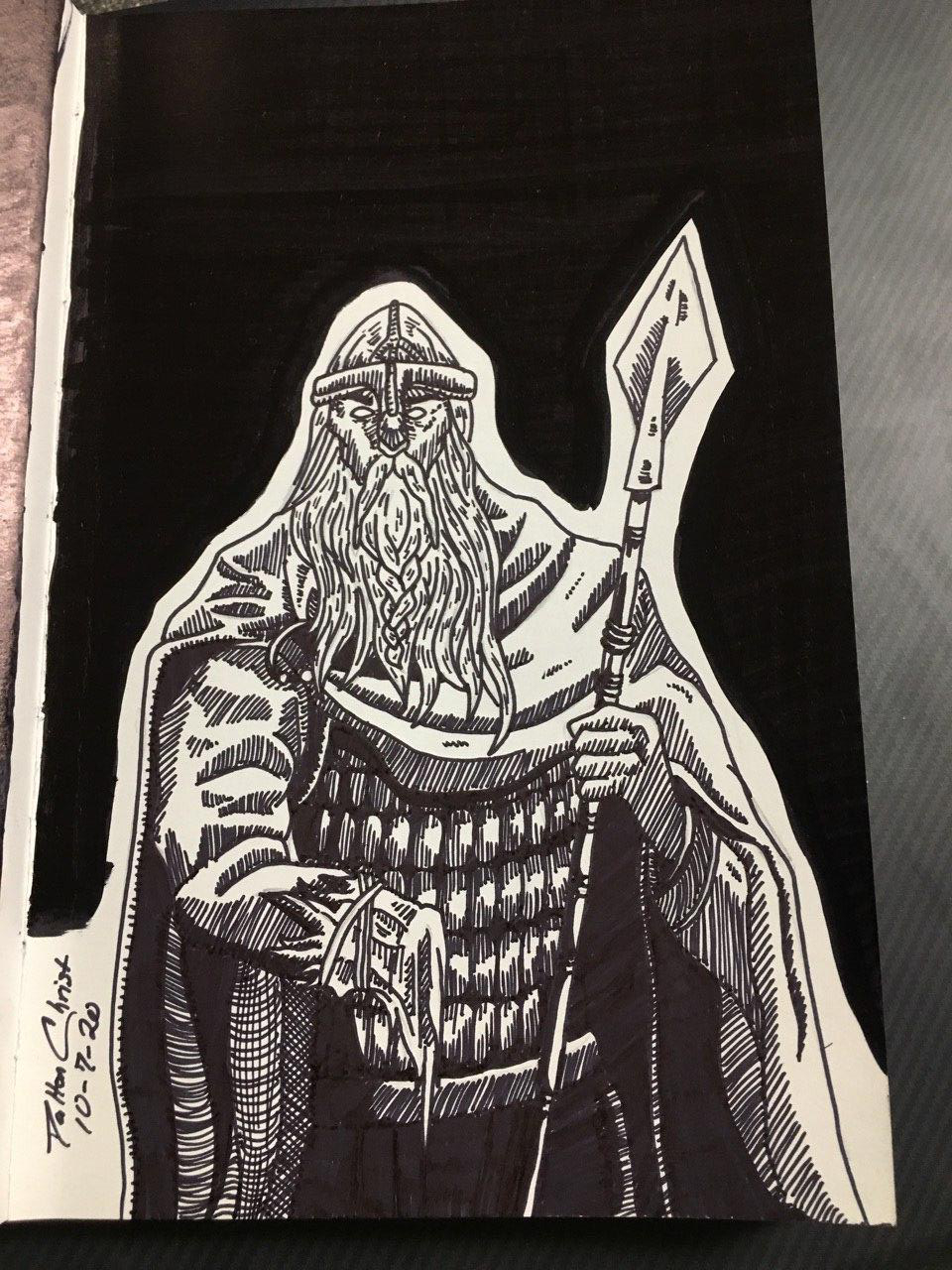 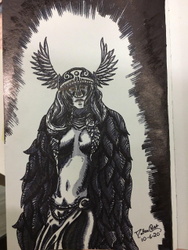 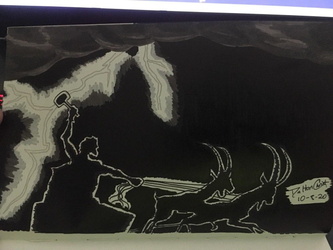 Tyr is a Norse war god, but also the god who, more than any other, presides over matters of law and justice. His role in the surviving Viking Age myths is relatively slight, and his status in the later part of the Viking Age may have been correspondingly minor. But this wasn’t always the case. Other kinds of evidence show us that Tyr was once one of the most important gods to the Norse and other Germanic peoples.

But the most compelling evidence for Tyr’s role as divine jurist – and a heroic one at that – comes from the tale of The Binding of Fenrir, the only surviving myth to feature Tyr prominently. The dreadful wolf Fenrir was only a pup, but he was growing quickly. The gods feared for their lives, so they endeavored to tie up Fenrir in fetters from which he couldn’t escape. When Fenrir laid eyes on the chain that would eventually bind him, he was suspicious, and declared that he would only allow the gods to put it around him if one of them would stick an arm in his mouth as a pledge of good faith. Only Tyr was willing to do so. When the wolf found himself unable to break free, he bit off Tyr’s arm.