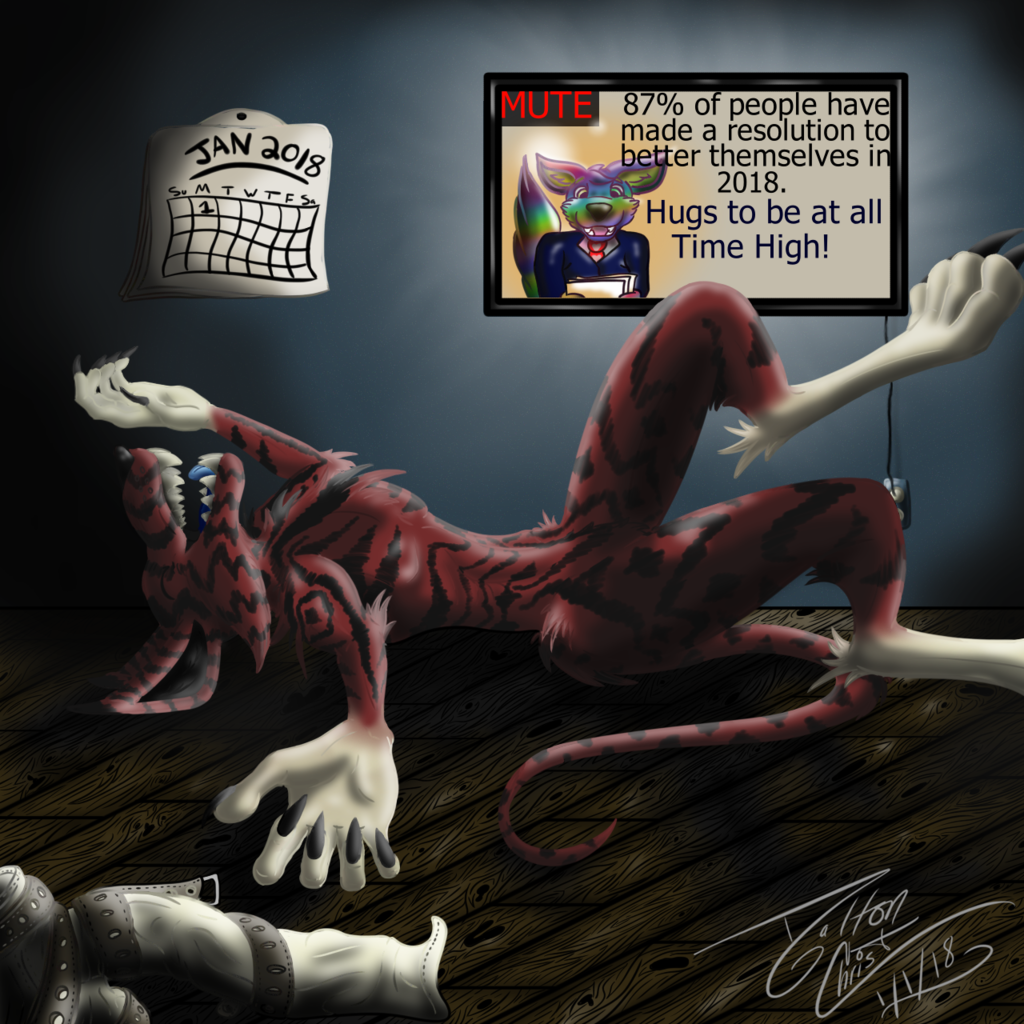 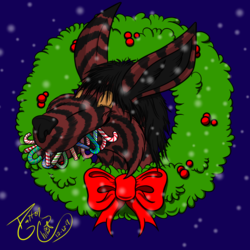 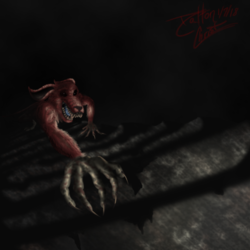 Forgot to upload this here yesterday oops - Here ya go!

Not your normal New Year's piece, but here it is! Stayed up all night and made it!

The news anchor on the tv starts up, "AND ON TODAY'S NEWS AT 5, A -" Click The anchor's mouth continued moving, but was silenced.

"Much better. Mute news is best news. Quiet. What is news today?" The creature begins reading the headlines and subtitles, until a big, bold message pops up on the screen.

87% of people have made a resolution to better themselves in 2018.
Hugs to be at all Time High!

The creature's eyes widen as he reads the lines. He begins chuckling to himself as he finishes the first and begins the second, slowly losing control of his laughter. "Better themselves.... chuckle New Year, New Life - Right? cackle, Mean now nice, sad now happy, happy now mad, angry now scared, scared now mean! chuckles and snorts So many. All think New Year new beginning! laughs heartily Thousands of years, never learn, they never learn gasps for air as the laughing intensifies Most will fail - most will fall - mean is mean - loud is loud - happy is happy! Never learn! Silly things! boasting laughter HUGS! BAAAAAAHAHAHAHAHA snorts uncontrollably Mean ones now give HUGS!?! HAAAAAAAAAAAAAAAAAAAAAAAAAAAAAAAAAAAAAA" The creature's lungs are now depleted of air - he stumbles back, trying to catch his breath. He falls backwards onto the ground and lays there unamused, staring at the cold ceiling of his newfound dwelling. He takes in a giant breath, calms down, and then feels a tickling in his throat as he thinks about what he just read once more.

He doesn't attempt to rise, but let's the overwhelming laughter overtake his body once more - "Fools. All fools. Make lots of noise - work hard - give up. Same every year! Fake ones, silly ones, dumb ones, loud ones - all foolish ones! 2018... YES! A New Year of the same old... resolutions.. HAHAHAHahahahahahaah!"

The News comes to an end, but the laughing continues deep into the night of the abandoned dwelling that the creature now calls home. With his newfound freedom, and seemingly care-free attitude, how much longer can he stay hidden from the world though?

Story and Art by